World corporatism and the Amazon rainforest 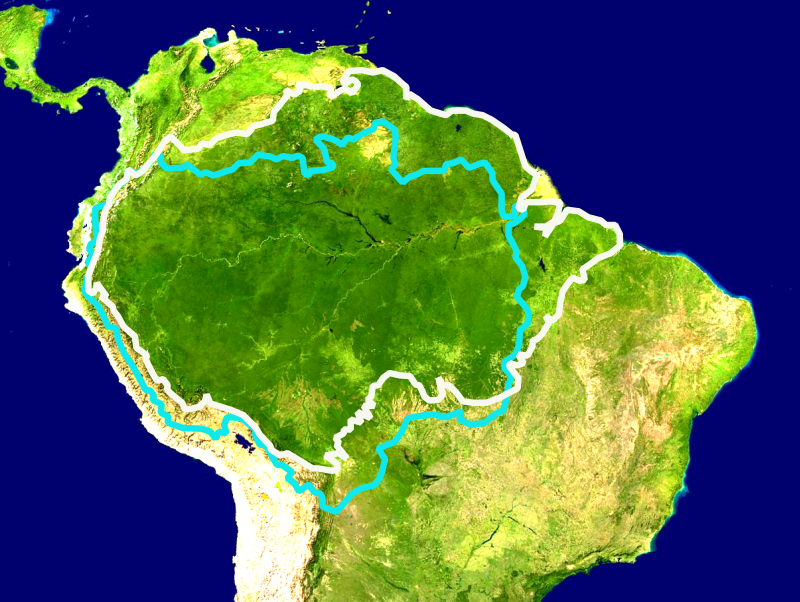 Recently, there have been two-round presidential elections in Brazil, and the last electoral battle was between Jair Bolsonaro, the previous and still current president, and Luiz Inacio Lula da Silva. Whilst Jair Bolsonaro represents a right-wing politician who believes in prioritising his own country affairs and protecting its resources, Lula da Silva represents a left-wing politician who is highly praised by major globalist politicians and corporations, and who has plans to allow important natural habitats, like the Amazon river, to be accessed by world-leading agencies responsible with controversial kinds of distribution of material resources and business affairs oriented around such habitats. Lula is known for past corruption and, despite having spent time in prison before, he was allowed to run for presidency.

Jair Bolsonaro lost the elections, by obtaining 49.1% of the votes, and around three quarters of the population participated in the last round of the elections. Personally, I am neutral in my views with regards to presidential politics in Brazil, and I wish to inform people about the both sides of the political arguments so people apprehend the necessary resolution of the reality. There are significant negative traits in both Jair Bolsonaro and Lula da Silva, and I strongly believe such traits should be treated with equal importance. It can be observed that the Brazilian population is polarised between two opposing political ideologies, and it is perhaps this polarisation that the powerful are seeking in order to gain more power and prevail over the 99.99% of the world population for at least a very long time. Likewise, it is important to acknowledge that right-wing leaders are not there to save the population and the world and that they are likely even maneuvered without a full awareness.

The reality is that the Amazon river represents the lung of the Earth, and any decision that would involve a weakly regulated access of important world firms to the river could bring catastrophic long-term effects upon the natural integrity of the Earth. The same globalists who fly expensive jet aircrafts and seek to exploit important natural areas for the purpose of personal financial enrichment are the same “philantrophists” who insist upon accusing people of being the enemy of Mother Nature by default. Of course we are dealing with our default individual corrupt ignorance, but the hypocrisy of the leaders from whom we took the virus of corruption, does not morally allow them to vilify the people they are supposed to represent. True healing does not involve unproductive accusations, but rather an encouragement for everybody to do better, from their own initiative and without expecting anything in return.

We have an absolute duty to firmly oppose any efforts of the powerful to exploit important natural treasures like the Amazon river and rainforest because any harms performed upon such an area will most probably cause powerful and unprecedented effects on the environment that we all ultimately depend upon to survive. There have been plans by the overlords to distribute power over the Amazon river between major firms from countries like France, United Kingdom, the United States of America etc., and Brazilian locals have been speaking out about this. We remember the controversial methods of operation by companies like Chevron, who tried to exploit shale gas in Eastern Romania in 2013 and 2014 without showing any consideration for the significant risks that the activities would pose over the local environment. The last mistake we wish to make is to allow companies as such to bring controversial methods of material extraction and emission of aquatically- and environmentally-harmful gas to the most important natural reserve of the Earth. Eventually, we will all have to play an active role to stop institutional and global corruption from further spreading and damaging the very foundational elements of life. It will be when the powerful will threaten the very elements of our existence that we will finally wake up and change the system from its core foundations. We must protect the lung of the Earth by all costs!

There have been projections that the levels of hunger in areas like Illinois in the United States of America (with Chicago as a major component city) will reach the current levels of hunger in Africa by 2035, and I believe that such a pyramid-like extent of corruption, according to the positions of societal responsibility and power, is at fault. There is significant truth to the statements that the Earth has been harmed, but much of the information presented in the mainstream media and by globalist politicians has been distorted so regular, hard-working people would be blamed the most and so the powerful would be able to implement further draconian measures that would affect the people and the areas of work that the Earth depends on the most. Many of the harmful effects on the Earth are still reversible, but there is no executive power-related will to reverse this harm.

Furthermore, an important factor to the recent weather disruptions worldwide is the fact that powerful nations utilised diverse methods of weather control. This is not a myth or a conspiracy theory, but a matter of fact. Attempting or even modifying weather-related patterns can pose unprecedented risks for the climate, as this represents a next level kind of “playing Mother Nature”. For example, China used diverse methods of weather modification so people would be able to attend communist party-oriented marches. More information regarding this is available on the Guardian website; https://www.theguardian.com/world/2021/dec/06/china-modified-the-weather-to-create-clear-skies-for-political-celebration-study

Earlier in the contemporary history, some time during the Cold War, the executive power of the United States of America also utilised methods of weather control, and information concerning the matter is available at: https://www.smithsonianmag.com/history/weather-control-as-a-cold-war-weapon-1777409/

The Soviet Union was also implicated during the Cold War with regards to the flexing of the political and military muscles that included weather control; https://www.jstor.org/stable/26247991#metadata_info_tab_contents

Tampering with very fine levels of environmental patterns is an incredibly military and politically-irresponsible action and it must be firmly and loudly condemned in the headquarters of the United Nations summits and conferences, regardless of whether America did it or Russia or China or perhaps any other world government. Levels of environmental consequences could reach grounds that are so high that we would require unprecedented financial investment to repair the performed damages. The United Nations (UN), the North Atlantic Treaty Organisation (NATO) and the World Economic Forum (WEF) are fully aware of this, and yet, there has been no open discussion about the potentially significant long-term damages upon the environment, and this shows the subjective perspective and role played by such multi-governmental agencies, and that the general public should not trust them.

Source of the featured image: https://simple.wikipedia.org/wiki/Amazon_rainforest