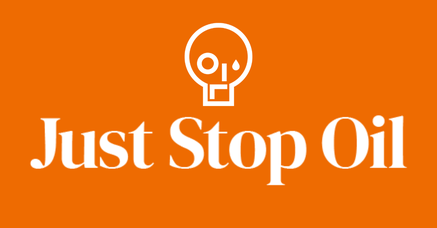 Just Stop Oil represents a civic movement that recently gained popularity in the UK, and the movement was started by means of opposing the massive financial gains of the big oil corporations during a time when the climate is widely believed to be affected. Some of the protests started by Just Stop Oil were extreme and involved damages to properties owned by diverse businesses related to car fuel. The civic actions were started with the intention to challenge the corruption of big oil companies. However, journalists have found links between the movement and a major international oil company. Namely, it was discovered that the Getty Oil company partly funded the movement, which probably means that the leadership of the movement has ties with corrupt oil companies.

The Getty Oil company represents a major oil corporation that was founded by the Getty family. Not many people may have been aware about the history of the Gettys and how they have been shaping the oil industry. The truth is that, in Los Angeles, there is a museum called the Getty Museum, which is owned by the Getty Foundation. Moreover, all the mainstream media agencies around the world shared photographs that were owned by Getty Images. Maybe it is that there is another billionaire family, besides the Rockefellers, the Rothschilds etc, that the world is not fully aware of. And the fact that this family has been shown to own vast proportions of the world’s oil industry, more or less directly, is a massive sign that the billionaire family is at least among the richest in the world.

The peculiar operating system of the Just Stop Oil movement represents a sign that powerful individuals are perhaps seeking a social disorder so they will be more capable of implementing an order of power that they had been seeking for a long time. The fact that leaders of head corporations around the world have significant ties with world politics is another important sign that powerful men in the financial and political spectrum are involved in a perfidious attempt to change the structure and function of world leadership. Such attempts are referred to as philantrophic efforts to make the world a better living place, according to these leaders; however, the people are aware that bad trees cannot bear good fruit and that good and bad cannot actually mix. They can look like they’re the same if our perspective is 2D, but if our perspective is 3D, we can actually see that good and bad operating systems are parallel to each other, and not the same line, just like a cube is not the same as a square.

Good can never be implemented by means of causing suffering and distress in the process of change. Likewise, we as a functional body of society, are required to do our due dilligence in every attempt to make or to contribute to positive changes in our communities and beyond.

Please refer to the following post that we wrote in the past with regards to possible facts about the billionaire Getty family that you may wish to know: https://blog.weaccuse.org/the-getty-family-probably-rules-the-world/

Update: Aileen Getty has confirmed, through the Guardian journalistic agency, that she has offered indirect funding to Just Stop Oil and that she supports their radical actions in London.

My question for the powerful people is that, if they are backing radical actions against the supremacy of the oil corporations, then why is it that Stanley Meyer’s invention of the water-based engine has not been discussed as alternative ways of transportations? Also, why is it that none of the powerful had clearly spoken about Stanley Meyer’s mysterious death and about how his invention should have become widespread in the world by means of protecting the environment and of giving power to small businesses in a world where powerful corporations are making all the other businesses practically dependent on them? The mainstream media persisted in their silence about such a topic, and this can only highlight that their will is not to show true information to the public, but only the kind of information corporate giants desire people to see.

News article about the likely funding of Just Stop Oil by the Getty Oil company: https://www.msn.com/en-us/news/world/just-stop-oil-is-the-uk-based-climate-movement-in-the-pocket-of-oil-billionaires/ar-AA12ZNXC