This post will probably shock you to the core 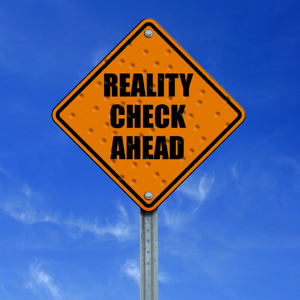 Note: The following article is educational and does not represent any form of medical advice. Please take medical decisions only after receiving advice from accredited physicians.

Since we were young, we have been given information, either directly or indirectly, and we took them as facts because this is how we also saw the patterns connecting. In other words, we connected the stars that were shown to us and we discovered a constellation. What if I told you that there is a greater constellation than the one shown to us, and that greater constellation might just change our perception of reality? Well, not completely, since all degrees of matter exist regardless. This is about determining the real shape of things. And the theme of this post is part of medical science and how it has been manipulated through politically and financially-motivated scientists and doctors, and how the mainstream media has been used as an informational weapon to keep us distracted.

Everything given to us that was not nature friendly has been presented as healthy and the sole solutions to preserve our species. From molecular cloning and the development of GMO crops, to conserving foods and drinks using compounds with controversial ingredients, to the promotion of scientific and ideological currents, such as Malthusianism and Cornucopianism, in which we are told how humanity will be doomed due to overpopulation and that the only solution is to use molecular cloning, genetic manipulation and preservatives with controversial ingredients as a way to have enough resources in the future. The truth is that overpopulation is real because entire populations had been moved into big cities due to planned past and future industrial revolutions. Nature has been harmed in an unprecedented manner, and the establishment is mainly guilty, and not the civilians, although I believe everybody is equally responsible with preserving nature. Furthermore, “Human Augmentation” is another promoted current by worldwide executive powers, and the intent behind it is apparently to change the laws of evolution by natural selection to evolution by intelligent design; in other words, for the establishment to play God over humanity. I would like to remind these individuals that human augmentation is in clear violation to Mother Nature and such an action will bring a rapid process of natural de-selection. Already, the chaotic mass COVID-19 vaccination campaigns and the promotion of two boosters is bringing this natural de-selection by means of a mass immunological suppression.

Figure 1: The human brain has the sharpest development rate in the first two years of life (source: https://thenewageparents.com/how-your-childs-brain-develop/) 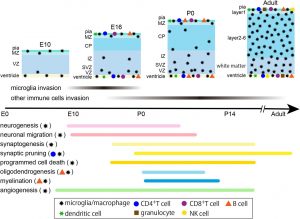 We know that there is no difference between infection and vaccination when it comes to the extent of the gained memory of the adaptive immune system. Likewise, when it comes to the developmental rate of the adaptive immune system and the brain, there is no difference between giving babies dozens of vaccines and infecting them with dozens of pathogens. Imagine if the faetus can have smaller or greater implications upon their overall brain developmental rate if the mother is infected during pregnancy, then we can rest assured that giving babies many vaccines will raise their probability to develop smaller or greater issues with regards to the overall brain development. The truth is always in the middle, and the mainstream media and scientists have done a marvellous job at suppressing the truth by focusing on the other extreme to combat an extreme.

Dr. Louis Pasteur himself could be rolling in the grave, seeing these numerous mass vaccination campaigns for newborns and babies, which are rather aggressive and a little bizarre. 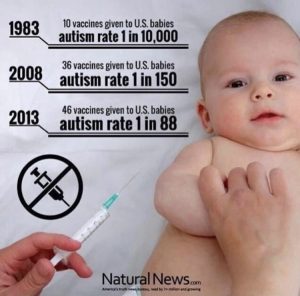 Figure 3: A manifesto that questions the efficacy of giving newborns and babies a higher number of vaccines based on live-attenuated pathogens. The most recent statistics show that around 1 in 44 people in the USA were diagnosed with autism in 2021.

Sadly, it is possible that, by 2050, up to a half of the world’s population will be diagnosed with autism, given the trend created with the data above. The problem is that the establishment has done an excellent job at normalizing disease and manipulating public opinion into believing that it is impossible that unnatural causes of disease started to infiltrate and in some areas even dominate during the recent sharp improvement of the tools to detect disease.

If we combine this potential issue with the fact that countless children and teenagers are habitually consuming junk-food, using technology excessively and relying on automation whilst performing important daily tasks, then I believe we should be really worried when it comes to the extension of the neurodevelopmental issue among world populations, especially in countries that are meant to be developed. A regular consumption of GMOs could also play a role in increasing the incidence of neurodevelopmental issues for the next generations. Autism is also referred to as a form of brain inflammation or a partial mental blindness due to the generally narrow focus of many people on the spectrum. Furthermore, there is a strong link between neurodevelopmental disease, amplification and hormonal dysregulation. For example, the natural female-to-male occasional dominance (i.e. during intimacy) is often amplified in individuals with diverse forms of neurodevelopmental delays, and this amplification involved an induced hormonal dysregulation, which is often mild, but sometimes gets more serious. Reverse roles of male to female relationships have reached levels of mainstream acceptance and this is no coincidence. A mass neurodevelopmental delay is at least an important factor of this, which in turn is caused by multiple factors, such as abuse of technology, mass relocations to areas that are separated from nature, poor diet and the normalisation of eating junk food, automation of work tasks and the administration of numerous vaccines to newborns and babies, when critical stages of brain development take place at that time. Sadly, if this continues, we will witness an exponential growth of the number of people who develop mentally and crippling diseases, as given that autism is a disease of the central nervous system (developmental delays of important encephalon components) and that the nervous system co-ordinates all bodily functions, an exponential growth in the number of people diagnosed with autism will result in an exponential growth in the number of people diagnosed with countless diseases, untimately in any important area of their body, in the next generations. Many people in the future could sadly develop diseases and not be able to find the causes at all and, in the end, there could be an incredibly high number of people spending most of their life in hospital, all around the world. This post is about a general call to awakening of our consciousness, as this is the only way to find the truth about how the world really works.

It is important to note that this post is not about pointing fingers to any kind of groups and backgrounds, and nor is it encouraging people to hate on doctors and nurses, but it is only a discussion based on biology. I would like to make something clear; autism is not entirely a disease, and people on the spectrum are not handicapped or any lesser of a human. On the contrary, people on the spectrum are generally more gifted than average and the majority of the geniuses and experts who changed the world were on the spectrum, more or less. I personally believe that autism will set mankind free and, if it was used as a weapon by the elites, then this weapon will turn against them. This is because most people on the spectrum become high functioning; they generally have stronger and more precise moral objectives and ultimately become more adapted to the environment than people who are not on the spectrum. Likewise, do not worry because nature will have her revenge, sooner or later.

I would like to expose the following; a more widespread neurodevelopmental issue caused by all the factors mentioned above are including something sinister; impact upon the development of romantic and physical attractions. These neurodevelopmental delays are often so serious that they affect areas of personality and identity, which means that potentially induced neurodevelopmental delays may cause brain sub-regions involved in attractions to have a delayed growth more often than we may think, and likewise, the problem could unfortunately include a significant increase the incidences of pedophilia long-term. An important sign that this is the case is that leuprolide acetate with tibolone, pregnenolone and even potassium chloride are therapeutic agents that help both people on the autistic spectrum and people with pedophilic tendencies. A deficiency of pregnenolone is caused by a deficiency of neurosteroids, and this deficiency is significantly associated with a reduced conversion of cholesterol to pregnenolone in the mitochondria of oligodendrocytes, which are cells in the brain. Neurosteroid deficiency is also associated with a higher incidence of autism and epilepsy (Vitamin D3 represents an important example of neurosteroids). Moreover, the topiramate anticonvulsant agent showed efficacy against autism and, in combination with carbamazepine, against pedophilia too. Somebody needs to mention these aspects so all the major problems will be exposed.

Because of the risks of significant neurodevelopmental delays on the integrity of neurological networks responsible with romantic and physical attraction, as well as personality, autism could actually become the disease of the 21st century, given that these unprecedented changes of lifestyle in the world are inducing unprecedented problems with regards to overall brain development. Teens are attracted to fellow teens. Adults are attracted to fellow adults. In serious cases of neurodevelopmental disease, however, the previous teen attraction can often fail to switch to an adult attraction, although physically, the person becomes an adult. This is because of a neurodevelopmetal delay in the areas of the brain responsible with that. For example, because there are delays in the development of the hypothalamus, there is a lower amount of produced GnRHs, which is associated with abnormal attractions. Of course, this is not to say that the majority of people on the spectrum also have abnormal romantic and physical attractions, but rather that an exponential increase of diagnosed cases of autism will very sadly come hand in hand with an exponential increase of diagnosed cases of pedophilia.

The good news is that these problems can be resolved using innovative methods of therapy and building of partially-developed neurological networks. Applications of Nikola Tesla’s principles into electricity-based therapy, high frequency-based therapies using a number of models presented by Dr. Rife and Transcranial Magnetic Stimulation (TMS) seem to be excellent starting candidates. Of course, then come other important approaches, such as Ultraviolet B radiation-based therapies, the administration of injectable compounds and supplements, such as cerebrolysin, and the addition of Prevotella bivia bacteria into the gut microbiota of the affected people. This is really a matter of connecting the dots of the small details to create the actual big picture. I recently invented a saying; “If God wants us to become like Him, then rest assured that the devil also wants us to become like him”. Overall, such consecutive negative changes take place gradually and in a subtle way, which causes the general public not to notice. But in the end, they will lead to a complete chaos around the world, and I believe we are closer to that chaos than many of us think. If some of you think I am exaggerating, then please accept my sincere apologies. But I personally believe we should be safe, rather than sorry.