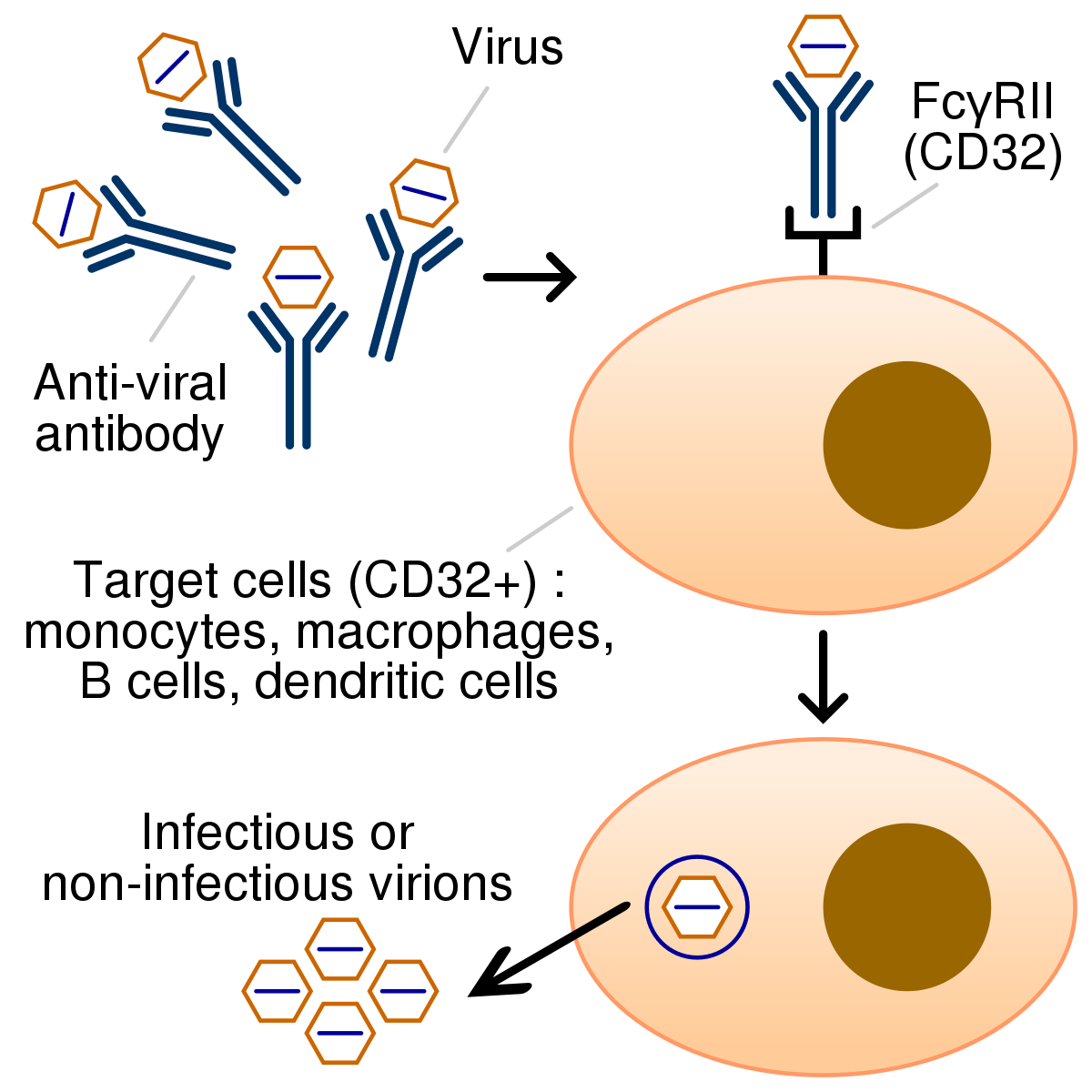 Antibody-dependent enhancement is not some kind of light, short-term adverse reaction of vaccines that happen here and there as a result of a slightly erroneous public health approach to contain SARS-CoV-2. The phenomenon is a result of a blunt ignorance and an obstinate desire of public health overlords to say “We are always right, and you are to listen and do as we say.”, no matter if this breaches the Nuremberg code as well! This obstinate desire of the public health officials has in this case caused a widespread phenomenon in which antibodies ended up causing the virus to enter host cells! This phenomenon not only causes chaotic immune reactions with little intelligence and precision to neutralise the virus, but also encourages the virus to make its antigens stronger. This means that the unvaccinated people will also suffer from worse kinds of infections in the future, as the immune system of many people have basically let their guards down and allowed pathogenic viruses to take advantage of their weakness and “steal” information from the immune system. In other words, the virus has been granted ability to adapt to important changes within the immune system because of the unresolved gaps that have basically been widened by this two-dimensional public health approach “proposed” by corrupt leading public health officials worldwide.

Likewise, this is a reminder for people who are unsure about whether to receive the spike protein-based vaccines because they might have developed a more serious form of COVID-19 to look in all directions before taking important medical decisions. Make sure that what is being advertised and recommended to you does not bring significant long-term risk upon your health and your immune system. Weaccuse.org exists because people need good and safe prevention methods and medicine to combat their illness. And we are here to push for the actual scientific evidence to be given to all people so they will take the right medical decisions. Generally speaking, immunisation is healthy and needed, but the kind of immunisation (i.e. based on genetic sequences or the immune system) needed differs based on the kind of pathogens. In this case, we have numerous firm reasons to believe that the current kind of immunisation methods are not compatible with the nature and very potential origins of the virus. The countless serious adverse reactions is clear evidence that the risks are not worth the try, especially in the case of children, teenagers and young adults. Severe adverse reactions generally do not seem to discriminate based on age, even though their frequency is higher in the younger half of the population. For example, we believe that the application of the “Gillick Competence” into the current attempted immunisation approach should particularly be condemned in the major courts of law worldwide. It is very strange that these public health officials did not address the high potentials of the cytokine and natural killer cell-based immunisation (consisting of interferon-alpha, beta and lambda1 – perhaps combined with a slightly smaller amount of nitric oxide) at all, but they were quick to call mRNA-based compounds with peculiar origins and too toxic in nature safe prevention methods for over seven and a half billion people worldwide and that they proposed such products to be mandatory for most people. They did not address the fact that a nasal immunisation approach based on natural interferons would start with the most important part of the immune system; the mucosal immunity, which is first tackled by the pathogenic agent.

With regards to whether experts could reverse the damaging effects caused by this clearly erroneous public health approach; the only way to start reversing the immunological damages caused by the erroneous public health approach is to understand how the natural immune system works and to develop ways of cellular immunity-based immunisation and early treatment. With regards to the potential DNA damages and effects of graphene oxide, we believe that ways of treatment can eventually be found, but we believe it will take a lot of time and resources to help affected people reach their initial state of genetic and biological health. We do not judge or discriminate anyone based on their medical decisions and medical status, and we treat everyone with uttermost respect.