The playground of the globalists is in Ukraine 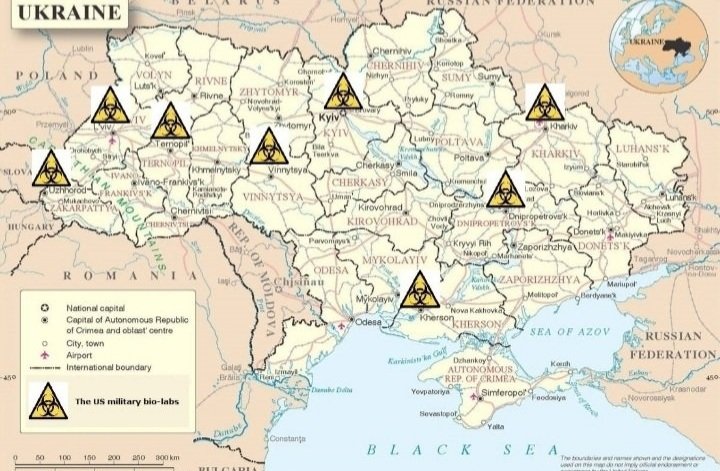 Source of the featured photo: https://mobile.twitter.com/tweettytweets

The worldwide establishment is playing an incredibly dangerous game, and the puppets of the globalist masters are working desperately hard to bring innocent civilians into their war games. President Zelenski has recently signed a document, pushing Ukraine to be added into the EU, although the country is in the midst of a war against Russia. The problem with this rush is obvious; if Ukraine is added into the EU, then the Ukraine-Russia conflict automatically becomes a world war, since an EU member would be under attack from a non-EU country. These globalists are grave criminals because they are literally pushing for a world war and are encouraging civilians from NATO countries to join the Ukrainian conflict against a superpower. Such actions are only enraging Putin and Russia, and the cost will be on the civilians, and not the incredibly corrupt politicians. My heart goes out there for all the war victims and refugees in the world, and of course this applies to the Ukrainians and residents of Ukraine as well.

I would like to remind you that Ukraine has been a foreign country under the greatest influence of the United States of America in the whole world. Eleven USA-funded bio-laboratories are there, and one or more organisations representing Hillary Clinton donated large sums of money to the country. Of course these two had been deemed as false information by the good ol’ “fact-checkers”. The same “fact-checkers” that had initially said SARS-CoV-2 was natural, but which turned out to have been leaked from the Wuhan’s Institute of Virology. Whoops, “fact-checkers” got fact-checked by reality I guess… Anyway, the current president of Ukraine has been a great fan of the American establishment and there are strong connections between him and leading US politicians. This bond between Ukraine and the Western powers became particularly strong since the end of the Euromaidan protests in 2014, which resulted in serious riots, shootings and the runaway of the president at that time, Ianukovitch. Many people at that time protested because they believed the EU and NATO were democratic and would help Ukraine to effectively transition to democracy. Unfortunately, the country did not improve its form of government, but on the contrary, it became worse. After Zelenski came to power, he violated important laws of democracy and free speech, and closed three televisions simply because they were disagreeing with him. Furthermore, when Ukraine was attacked by Russia, many Ukrainian authorities were not allowing foreigners to exit the country, and a group of people from Nigeria were held at gunpoint so they would not leave, whilst they were chanting “We are students!”. Of course, the Western media failed to mention these aspects, which again, is a sign that the West also often fails to bring objective reporting of events.

I am calling for people not to fall for the games of the worldwide establishment. Please, do not go to volunteer as a soldier to fight against Russia because you will almost certainly lose your life during the conflict. Moreover, you will participate in actions that will enrage Putin and contribute to the extension of the conflict. Instead, please stay in a neutral position and volunteer to join the common people doing their due diligence and spreading the truth like light lamp. You will actually resolve many more problems and history will give you a significantly greater reward. Russia is a superpower in many ways and will destroy many countries if a world war starts and such countries are brought on the side of NATO. Your family and close friends need you to play your part in liberating the world from all unhealthy negativity. The real world war is not the one presented by the mainstream media, but the one between the people and the criminal establishment. The most powerful weapon is the spoken word that reflects the truth, and when people collectively speak the truth and gather to say that enough is enough, then the real enemies of humanity will lose. When the powerful stop flexing their muscles, it is only temporary so they will rest and gain more energy before they flex their muscles more. And make no mistake, if the establishment kicks you when you’re down (i.e. abusively closes your small business and causes it to collapse), then it will not actually cherish your happiness and success when you’re up.

One thought on “The playground of the globalists is in Ukraine”