The morality of Marxism 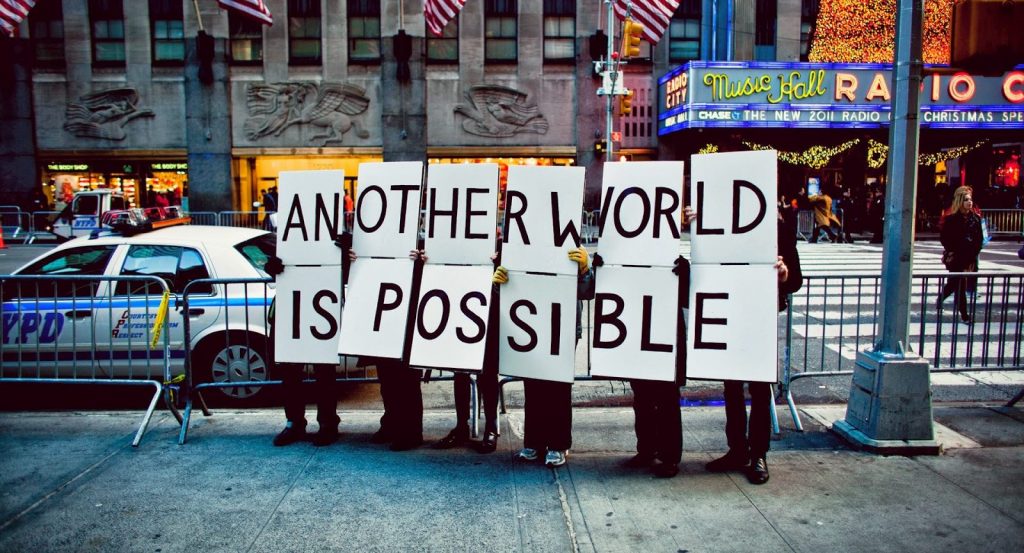 When things that are clearly not fascism are labelled as fascism, or when people say that mankind is a blight on the face of the planet, these are Marxist. When oppressive structures must be torn down, this is Marxist.

Marxism is usually sold not as Marxism, but as the obviously moral thing to do. So what exactly is the underlying morality at work here? That is the subject of this article.

Man is a producer

“As individuals express their life, so they are. What they are, therefore, coincides with their production, both with what they produce and with how they produce.”

Man was not created by a deity. Instead, man produces himself. He does this through his own authentic work, in an evolutionary process of becoming, referred to as History. Authentic work is central to Marxism. It is no less than the means of liberation.

In primitive times, man lived in small communities, where they did their sacred work, living in harmony with each other and with nature. But one day, the capitalist came along and said, “I will offer you a deal. Do my work instead, and I will pay you.”

Instead of authentic work, people began doing work merely to obtain the means for survival. This alienated man from his work. Alienation is the root of domination: A part of the great garden of Earth that is the birthright of man has been sectioned off by the capitalist and misused for personal gain.

Today workers are dominated by capitalists. Domination is the core problem of human society that Marxism seeks to eliminate, and indeed liberation – what Marx called communism – is the state where domination no longer exists. So how do the oppressed liberate themselves?

Historical conditions limit what one can be conscious of. Alienation fosters blindness. Not only were the workers blind to their oppression at the hands of the capitalist, but the capitalist was blind to his privilege, thinking it the natural order.

The way to liberation is as follows: Raise the consciousness of the oppressed. Make them aware that their suffering comes from the tyranny of their oppressors, and all else follows.

Oppression leads to suffering, but it’s unconscious. Work consists of two things: raising consciousness, and once consciousness is raised, throwing off the shackles of oppression. By this process, both man and society are raised to a higher arc. But this is not the end point. This is an iterative process that will eventually lead to the liberation of all people. This eventual state of the full liberation of both man himself and of society is what Marx referred to as communism.

The state is also involved in this process:

Marx said that as communism was realized, the state would wither away. This is because fundamentally, the state is brought about as a reaction to the consciousness of oppression. As man and society reach a higher and higher level, oppression diminishes. As it does so, the relations between individuals become harmonious, erasing any need for the state.

In the mid 20th century, the Marxists of the Frankfurt School realized that the historical process had stalled, because capitalism had provided the worker not merely with the means of survival, but also with a colour TV, a fridge full of beer, and a car full of fishing equipment to take out to the lake on the weekend. He was too comfortable, which did not mean that the theory was wrong. Instead, it meant that at this point in history, the worker was not the natural proletariat.

So they sought out a new proletariat in the form of identity categories: racial minorities and women, and more recently, minorities of sexuality and gender. The currency became social privilege in place of economic substance, and the capitalist was replaced with the white male heterosexual.

Minorities are oppressed. This is a given. The oppressed are not aware that society systemically denies them opportunity, and the oppressors believe that the privilege they enjoy is merely the natural order. In this way, both oppressed and oppressors are unconscious of oppression. So today’s work – social justice – consists of two parts:

In a new revolutionary socialist state, what goes wrong?

Marxists believe that harmony ultimately results from the work, consisting of identifying, promulgating consciousness of, and tearing down oppressive structures. The extent of their plan is to remove those who are unconscious from positions of authority, and replace them with those who are conscious. Being conscious, these people will be able to work out what the plan should be.

Unfortunately this does not work, and so unexpectedly – things start going wrong. And so it is decided that the problem is that the purging of the unconscious has not been extensive enough. This leads to revolutionary socialism’s famous witch hunts and re-education camps.

I have a Marxist friend who believes that our industrial societies should return to the state of harmony that existed in primitive times. I pressed him on how authoritarian he would get with those (such as myself) who would simply refuse to go along with this mode of social organization. He was convinced that we would eventually come around, and no authoritarianism was necessary.

To a Marxist, these socialist states are indeed failures. Marxism must of necessity implement a “dictatorship of the proletariat” (to use Marx’s phrase), but Marxism is an iterative process of dissolving domination and will work upon itself, eventually leading to a harmonious communism. However, a state is considered a failure if it reproduces the domination it sought to remove. It is not real socialism.

And so it is necessary to try again, and get it right this time.

Today we are in a good position to do so, because we have powerful computers and artificial intelligence. What could possibly go wrong?