The fourth and fifth doses are coming 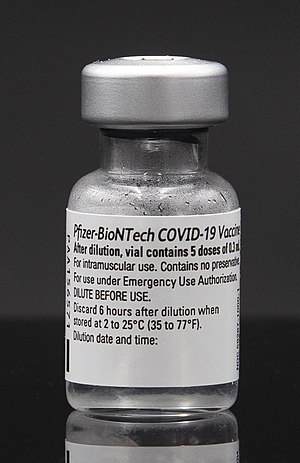 Whilst we have been almost even distracted with the ongoing conflict in Ukraine, the crooked health authorities and politicians have arranged for the rollout of further COVID-19 vaccine doses. No matter how much shocking evidence has come out from the recently published Pfizer contracts, world leaders are not backing down one bit. They seem to be doing that now, but this break of restrictions is actually a part of their plan to bring many people back into compliance. Recently, Boris Johnson has stated that the fourth dose will be offered to the general public soon, “because we would need it”. Furthermore, the UK government announced that a fifth dose will be rolled out in the coming autumn, and I believe that numerous other countries in the world are set to follow similar paths. No matter how many sportive people have collapsed and died as a result of vaccine-induced adverse events, no matter how many children have died, and no matter how many fetuses have been killed during pregnancy because health authorities, doctors and nurses would tell expecting mothers that the COVID-19 was completely safe for them and their babies. The truth is right in front of us, and yet many people are burying their heads in the sand, causing harm not only to themselves, but indirectly to people around them as well.

Moreover, an increasing number of governments in the EU have announced a reintroduction of restrictions, such as mandatory mask wearing indoors, due to a new Omicron variant, they say. A sad fact is that a significant number of young people who have taken three doses of the Pfizer COVID-19 vaccine experienced intense forms of COVID-19 weeks or months after their last dose. When are we going to acknowledge that the problem is not with the disease, but with the response against the disease? If we continue to behave as if nothing is happening, then mankind will suffer greatly, and it will be all on our expense. The more delayed our action will be to stop them from vaccinating our children and manipulating the masses into compliance and mandatory vaccination, the greater the incoming economic, social and political crisis will be in the world. Numerous people are very quick to condemn Russia for the invasion of Ukraine, but too few are quick to condemn murderous pharmaceutical industries for pushing experimental and controversial products down the throats of seven billion people worldwide. This is a paramount level of hypocrisy that needs to be called out for what it is. And people who resist only what they are being told to resist should be called out for their hypocrisy and encouraged to call out all forms of wrongdoing.

The champion of the Australian Open of 2022, Rafael Nadal, has recently developed cardiac problems, and the player described the pain as if a needle was inside his chest. He is definitely not the only sportive that called out weird and intense pain in the chest. This should sadden the fans of such sportive people and also should really motivate the masses to call for alternative ways to manage COVID-19. Why is it that we are not calling out the corruption of big pharmaceutical industries and the names of people who are guilty of crimes against humanity? What are we afraid of? Fear is what keeps us in their bondage and what allows them to continue with their gradual poisoning of mankind to her extinction.

Let’s create a network of resistance and gather our ideas to bring the guilty to justice. Let’s talk to each other and just connect because the recent social isolation has affected our lives more than we think. Let’s start planning for the greatest general strike mankind has witnessed in a long time and tell them loudly and clearly that they cannot touch innocent and disadvantaged people without facing great consequences. We need to keep the passion alive because this passion will save the world.