The definition of evolution has been twisted 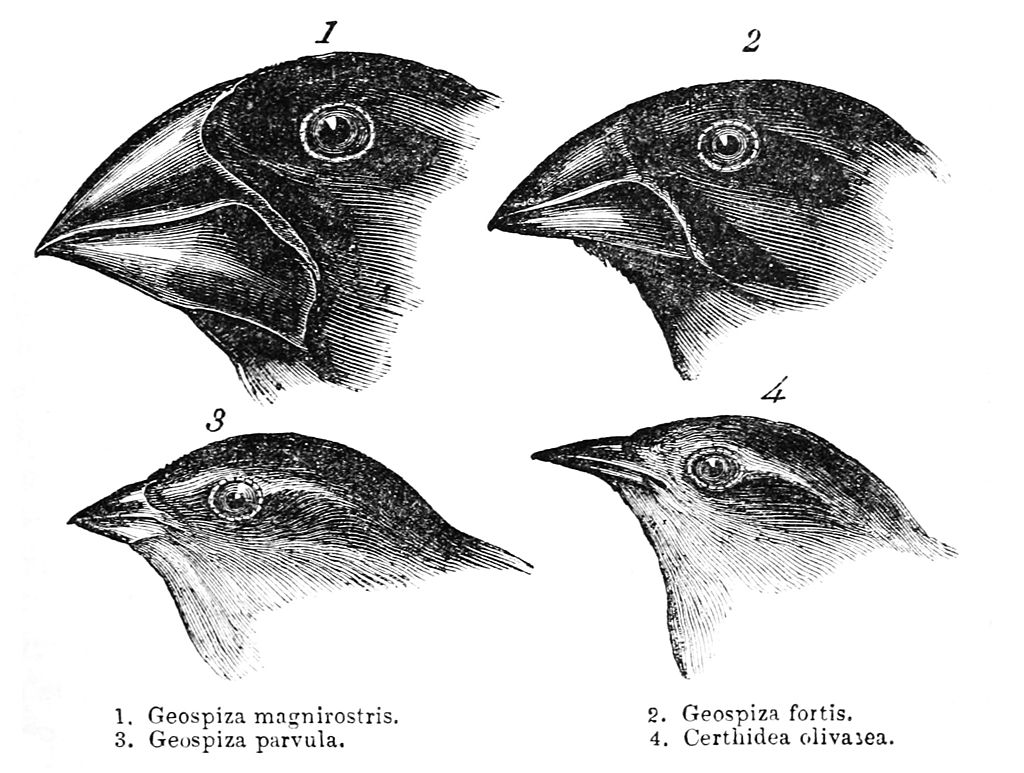 Charles Darwin was a naturalist who came with the theory that all living organisms evolved gradually over a long time and that they ultimately have a common ancestor. His theory contradicts the theory that humans all of a sudden were molded from the ground some 6,000-10,000 years ago by an extra-dimensional force or Person. Well, given that time only exists inside the physical realm, maybe time, matter and life underwent a process of “pregnancy” before the first humans became naturally selected, since there is actually not a point of physical beginning of time if time was created from an extra-dimensional point, which can only further show that a Creator would not be a magician. If we look at the process from the emergence of the first living bacterium in the soil to the selection of the first humans in a different time frame, we could see that humans still came from the ground, and it may just be happening that the time frame is “different”. The evolution of bacteria in the soil into species of apes, the formation of early humans and then the elimination of neanderthal species and the evolutionary selection of the final human species can represent, in a way and from an extra-dimensional perspective, an analogy to successions of events like the development and selection of functional B-lymphocyte immune cells.  Consider the complete development and differentiation of STEM cells into mature B-lymphocytes. Well, they have to be selected into common lymphoid progenitor cells, then small and large pro-B cells, then large and small pre-B cells, then mature B-cells (IgM+ and after that IgM+ and IgD+ B-Lymphocytes). Look at the entire evolution and selection of the final human species from a different time frame, and you will see no difference in the pattern. In this case, the STEM cells from which humanity emerged were nothing but… oceanic bacteria that existed some 3.5 billion “years” ago. Overall, the selection of humans may not be just an accidental selection process after all. Figure 2: The y = 1/x function with limits of zero, infinity and negative infinity, which makes the surface of the Gabriel’s Horn / Toricelli’s Trumpet. This function may be the cornerstone of all exponential and logarithmic trends, and we can observe two slopes that do not intersect at any point. One of them is negatively exponential and based on negative co-ordinates and the other is positively logarithmic and based on positive co-ordinates. And we know that the value of y on any kind of exponential or logarithmic slope does not reach zero at any time. The beginning of the existence of our consciousness is a miracle as big as the value of y ever reaching 0 on both slopes, given that only something or Someone completely outside of the matrix of the reality would make this possible (the start of our existence), and I think the same applies to the beginning of matter, since in the physical reality, matter cannot be created, and nor can it be destroyed (Source of the figure: https://coffeejazzandmath.wordpress.com/2015/08/29/on-gabriels-horn-miles-davis-trumpet-and-why-your-mind-should-be-blown/). As a result, zero actually represents a point of infinity. Overall, the analogy based on the Gabriel’s Horn / Toricelli’s Trumpet that I have proposed might indicate that our individual consciousness is not of the physical world. More information about this subject is available at: https://theodorcarp.substack.com/p/potential-links-between-relativity

The main topic of this publication is slightly different, but I believe it is good to open our minds in front of arguments or theories that contradict our mindset and perspectives, given that such exposure ultimately breeds humility if discernment is used carefully. The meaning of human and biological evolution has been twisted by the establishment, and we have been made to believe that competing against other people and against those who we normally mate with is part of a healthy process of evolution. We have been made to believe that pathological indifference is actually part of evolution and that we are to accept it as a norm. Toxic artificial interventions from powerful people have been deemed as part of a healthy process of human evolution, and the relevance of the artificially-induced universal crisis we are yet to face makes us speak no more. In this age of perfidious misinformation, speaking the truth without fear and also without hate represents the most powerful “weapon” that will prevent the potential eradication of mankind.

Malthusianism, which is a current that promotes the unhealthy idea that we are facing a kind of overpopulation that will imminently lead to an insufficient availability of essential resources for basic survival by 2050, as well as Cornucopianism, which is the current that promotes the cloning of natural resources to tackle overpopulation, are actually not part of a healthy evolutionary process. Moreover, the fact that corporate giants pushed the idea that all adults and children being given experimental and controversial drugs is part of a healthy evolutionary process further highlights the lie we all have living in. What the powerful should have done, had they cared about the wellbeing of the 99.9%, is the encouragement and support of the inhabitants in overpopulated megalopolises to relocate to more remote areas of the world in order to spread out the population into the rest of the world, and very importantly, to build small businesses related to nature-friendly healthcare, nutrition, labour and leisure. Powerful people would have mitigated the effects of ultra-capitalism that led to high levels of poverty in Third-World countries and would have successfully strived for the distribution of free healthcare, education, as well as very low-price housing, food and clean water in areas of concern. Protecting the fundamental human right to life actually has no price, and the creation and emergence of financial demands over such critical areas represents the most important fact that what has been promoted is not true, natural evolution via natural selection, but a fake, artificial “evolution” (de-evolution) by natural de-selection.

Source of the featured photograph: https://en.wikipedia.org/wiki/Evolution#/media/File:Darwin’s_finches_by_Gould.jpg