Pfizer, Viagra and the history of clinical trials 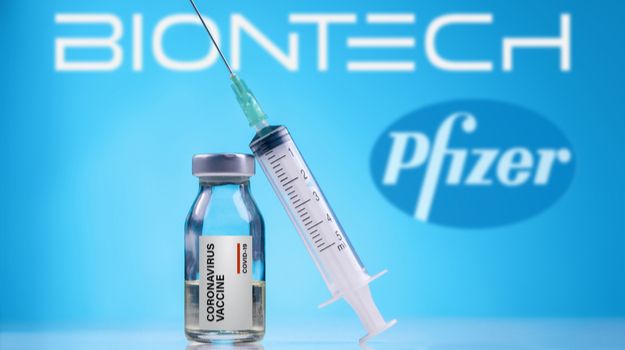 Alongside the inspirational Canadian Truckers Freedom Convoy, I’ve just been watching the latest Freedom Fighters’ protests outside the Pfizer building in Paris. It occurs to me that some people won’t be aware of Pfizer’s history. Or what one of Pfizer’s most (in)famous medications is, and how it became so famous. Pfizer’s “little blue pill” was originally a product of a laboratory in Sandwich, Kent, UK. Sildenafil was developed for the treatment of hypertension (high blood pressure) and angina pectoris (chest pain, due to heart disease). But during the clinical trials of these Pfizer heart disease studies, researchers discovered an unexpected side effect: that this medicine was more effective at inducing a male patient’s penis into erections, than treating their angina.

Pfizer realised one of the benefits of clinical trials; the unintended consequences of the (in this case, not so) ‘adverse’ effects. This unanticipated side-effect could fill a significant gap [no pun intended] in the current market and was an opportunity for substantial increased profit. In 1998, the US Food & Drug Administration approved the re-branded medication ‘Viagra’ super fast – the first oral treatment for erectile dysfunction, under a “priority review” (sound familiar?).

To maximise sales for Viagra, Pfizer used one of the most successful advertising campaigns in marketing history. High-profile celebrities were enrolled. A team of well-paid commissioned-based sales reps {“no previous medical experience necessary, training provided”) were recruited to promote Viagra at every available GP surgery and clinic. The brief of these reps ensured the phrase “erectile dysfunction” (ED) became the newly-adopted term in every medical professional’s lexicon.

Viagra was once, one of Pfizer’s blockbuster drugs, generating over US$1bn in sales every year for 17 years, and reaching a peak of $2.1bn in 2012. Although the stigma associated with ED was reduced, psychologists warned that Viagra became a lifestyle drug that encouraged people to neglect underlying health problems that cause impotence. But prescribing millions of those little blue pills, seemed to be the easiest option for many. And Pfizer would repay supportive GPs with generous incentives.

I lived near the site during this time, and many of the local businesses understandably depended heavily on this new Pfizer business – either staff eating out on generous expense accounts at local restaurants, buying flash sports cars or renting (or buying) grand Victorian-era houses – it was a love/hate relationship.

It was LOVE because many of these staff were highly educated, very well-paid international professionals: they worked long hours and liked to flaunt their wealth: we were told we should be ‘honoured’ to have the benefit of their investment in our small community.

HATE because those tall, modern, mirror-glazed buildings were out of place, and cast a shadow of mystery and shame over our Medieval town. Similar to having a nuclear power station near to your community – people know instinctively it ‘feels’ wrong. Increasingly, suspicious animal welfare activists wanted to know exactly what went on, behind those barbed-wire electric fences. And sure enough, the subsequent inevitable photographic evidence (remember, this was before any social media expose was possible) was shocking. Skips carrying warning signs of ‘hazardous waste’ contained hundreds of dead beagle dogs, who had endured god-knows-what experimental horrors from within those building’s chemistry laboratories. (I was reminded of this, when reading Robert Kennedy’s book “The Real Anthony Fauci“). Those innocent dogs’ lives were seen as ‘collateral damage’ in Big Pharma’s never-ending pursuit of the next profitable medicine (or vaccine).

But, inevitably, the success of Viagra was not everlasting – every patent has an end date. Laboratories worldwide are always keen to tap into any profit by copying any medicine, and Viagra was a massive market to capitalise on. So, eventually the Pfizer laboratories were consolidated to cut back on overheads. Some buildings were closed. And in 2011 the Sandwich site was closed completely, and the buildings sold, to later become a retail centre for various different companies. It is also well-documented how, over this time, Pfizer accumulated massive fines and paid compensation to victims, after evidence of unethical practices, and fraudulent claims led to litigation and agreements.

Who would have thought that 10 years later, a new Pfizer medicine was undergoing a different type of clinical trial – this time a new vaccine and an experiment on a global scale. I wonder what the profits are this time? I wonder what the unintended consequences and the ‘collateral damage’ of this trial, might turn out to be? What will we learn of the tactics of Pfizer, ten years from now?

One thing always at the back of my mind, especially when trying to ‘wake people up’ – how on earth can anyone truly believe, that a company like Pfizer has any genuine interest in promoting public health? 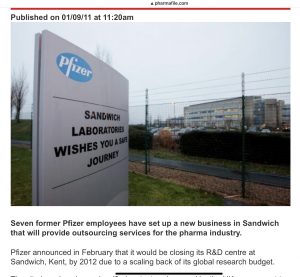 One thought on “Pfizer, Viagra and the history of clinical trials”