Next phase of mass non-compliance? Boycotts. 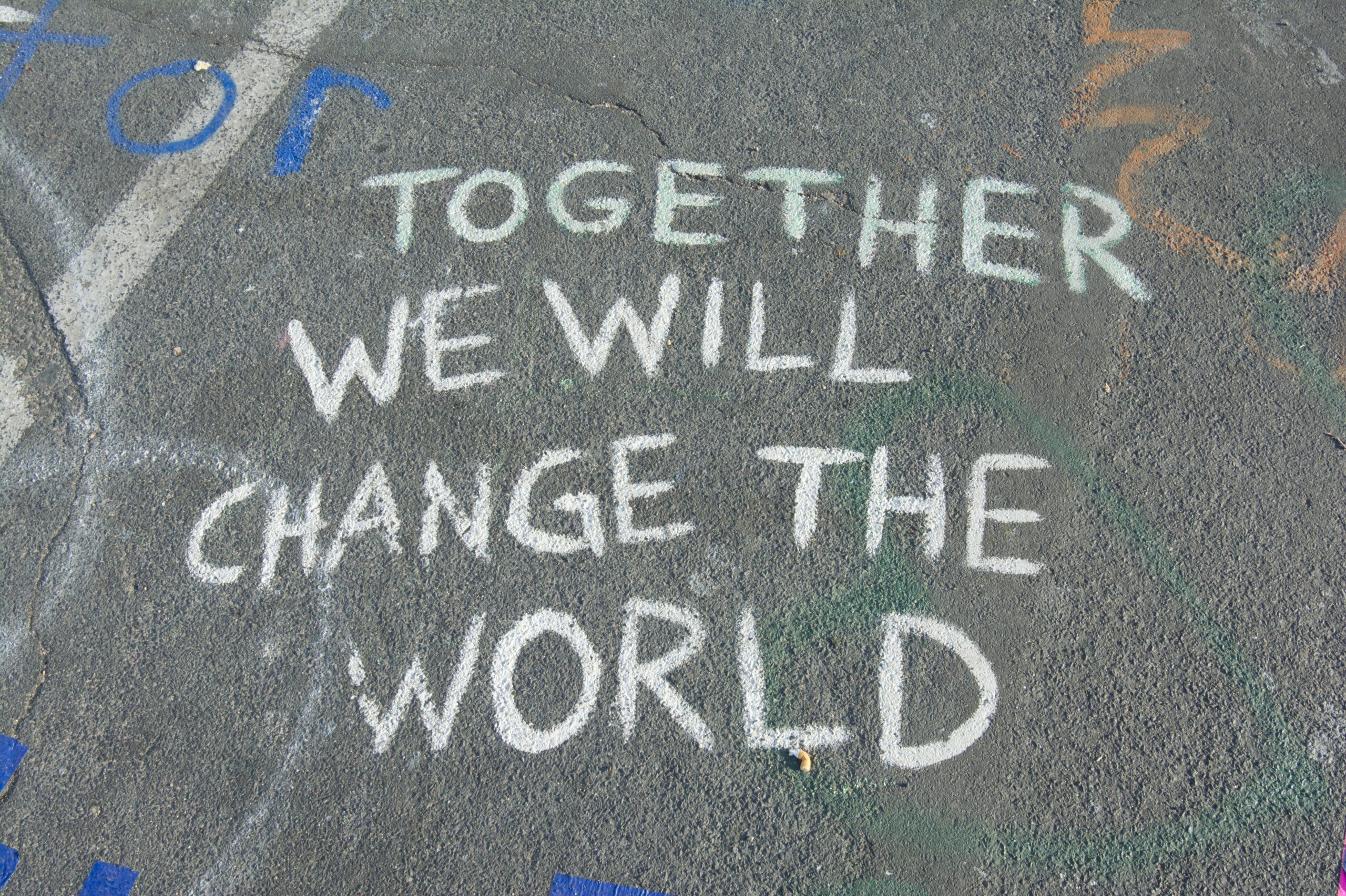 Inevitably, with the passing of time and a realisation of some element of reason, the unethical and anti-scientific vaccine pass and mandate policies start to be withdrawn. Many countries never adopted them in the first place, and whilst some countries are rescinding the laws, others are falling far behind common-sense and pursuing archaic restrictions that are breaking the economy and social cohesion (including New Zealand). But even those who have fallen victim to the incessant mainstream media propaganda over the past two years, are beginning to ask questions about the political narrative of ‘safe and effective’ – a mantra that, for many reasons, just doesn’t seem to make sense to anyone any more, ethically, morally or in practice.

So, what happens next?

“IS ANYONE ELSE HAVING A TROUBLING EMOTIONAL RESPONSE TO ARTICLES LIKE THIS?  I should be hanging out with bated breath for the removal of mandates and vax passes… It’s been a year of my life, spending the equivalent (or more) of a full time job, interacting with New Zealanders who are literally in pieces (physically and emotionally) through vax injury, mandates and declined exemptions. I should be bursting with joy that the whole crushing, de-humanising, human rights smashing fiasco is about to be “rolled back”…
Then WHY… do I feel a sense of disgust, anger, frustration and almost a surreal sense of disbelief that we can simply make a decision and roll back the overwhelming harms that have been perpetrated against New Zealanders.
That’s the thing…. we CAN’T…We can give the unjabbed like me the “rights” to pop in for a coffee at the local cafe, or allow me to both choose a library book and pop into the library toilet for a nature call. But we can NEVER EVER ROLL BACK THE HARMS.
For me, despite my daily self-affirmations to keep my heart open and compassionate…I know I will remember forever all of the family and friend relationships that so quickly and willingly brushed me aside because I did thousands of hours of due diligence and no matter how hard I tried (I really wanted the easy path), I could not convince myself of “safe and effective”.
That my needle status overcame years of loving, caring relationships. That my needle status overcame the me that others knew. The kind, caring, compassionate, intelligent me that they have known for decades or a lifetime. That it could simply be dropped from sight (along with me) because I refused to comply. These things will NEVER be simply “rolled back”. The harm is done. The footprint will last possibly for the rest of my lifetime. My grieving is real and huge. It will not simply be gone with a stroke of a pen, when the NZ Government once again deems I am a “worthy member of society” even without the needle in my arm.”

Lynda’s words echo the mixed emotions of many of us, jabbed or not, who have been harmed, financially, physically and/or emotionally, by these deliberately-divisive Government policies, evil coercion and Government-funded mainstream media censorship with fear-mongering propaganda.

So what does happen next?

Parallel communities are already being set-up and growing in popularity – as I have written about before. Alongside these innovative ideas, many are already planning our economic strategies going forward. For instance, striving for more self-sufficiency, some are planning to boycott those entities who chose to implement the vaccine mandates on their staff – we would rather take our custom elsewhere, than support any business (or charity) which voluntarily introduced unnecessary discrimination. We certainly do not want to enable this situation to repeat itself in the future, and the only way to do that, is to show our disgust in the form of a practical boycott. 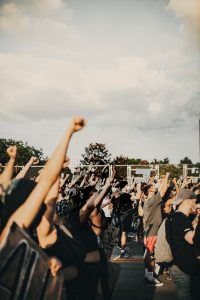 Boycotts have a long history of success as a tool of protest against unfair, unethical and illegal policies. Originally used in Ireland in 1880, to address high rents and land evictions, the modern term ‘boycott’ was coined after exploited Irish tenants agreed to Charles Stewart Parnell code of conduct by ostracising a British estate manager, Charles Cunningham Boycott. From then on, a collective and organised shunning of sectors of industry, or businesses, whether employers, political, or social entities has been an effective social tool which has gained new momentum with the digital era and the power of social media.

During the American Civil Rights movement of the 1950/60’s, shops and businesses that discriminated against blacks were boycotted: significantly decreased revenue can certainly influence a company to change its policy. Similarly, boycotts by American consumers of Nike products in the late 20th century drew attention to Nike’s alleged use of overseas sweatshops and child labour. Animal rights activists promoted one of the most memorable of boycotting campaigns, the actions of which undoubtedly increased public awareness of animal testing and a change of policy for many product manufacturers. 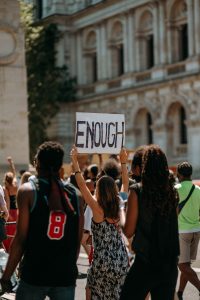 Some boycotts are long-lasting and may eventually change laws, others change minds rather than policies or legal statutes. Either way, boycotts can be a very powerful, non-violent way towards positive social change. So here’s a crucial question for the weeks, months, and years ahead in our shared global fight for freedom – which businesses and charities and other entities do we choose to support, and want alongside us in our parallel societies and authentic communities? And which entities can we choose to collectively, voluntarily boycott? Feel free to comment below on suggestions.