New Universities for Our New Future of Freedom 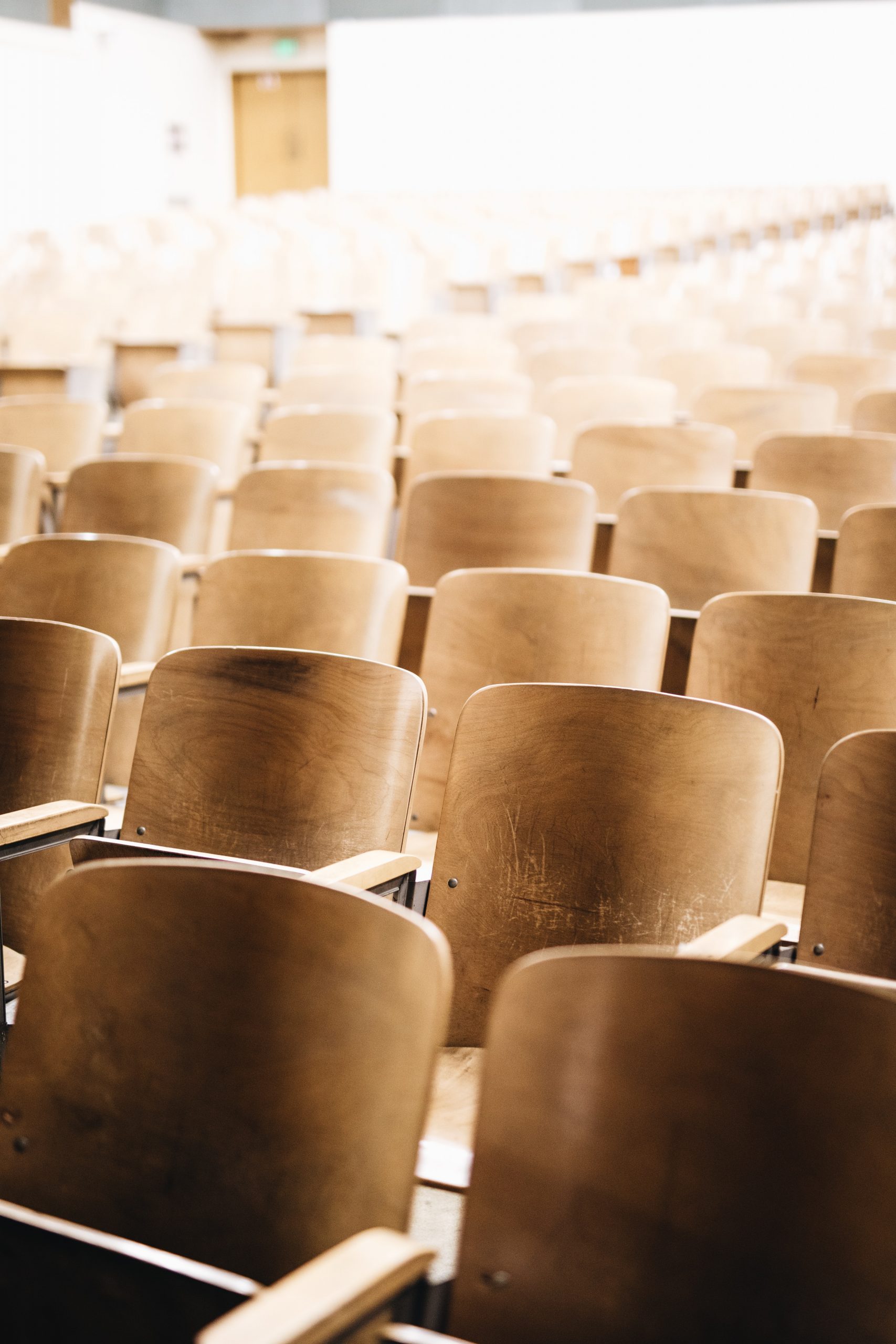 Professor Frank Furedi, University of Kent at Canterbury, England, was recently interviewed by Dr Philip Kiszely, as part of the New Culture Forum series, when he called for new universities to be set up, for our new era of education. It’s been widely accepted that new, ethical healthcare systems are needed at the heart of our new Freedom communities and some of these have already begun. But there also needs to be new education systems that focus on promoting historical contexts, critical thinking skills and authentic, uncensored, intellectual debate. Here’s why I believe Prof Furedi’s call is so crucial to us all, and to New Zealand in particular. 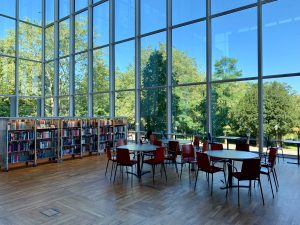 When I moved to New Zealand, nearly ten years ago, I took up an offer of an academic position at one of the country’s universities. Back in those days, like many others, I was naïve about New Zealand’s PR claims of ‘Clean Green and 100% Pure’ of widespread equality and cultural competence. I had read many of the seminal works about incorporating historical and Māori philosophies into educational strategies; I had spoken with some of those prominent researchers personally, and their authenticity seemed evident. I believed the myth, probably (I realise now) because, like many of us, a part of me simply needed to believe that a utopian education world like New Zealand really did exist.

But the appalling reality of my professional experience back then, and subsequently, (at this and other NZ educational institutions) was as far from educational ‘best practice’ and student-centred pedagogy as anyone could imagine. And now, with the benefit of hindsight, I realise why this country, where I chose to become a citizen, is in deeper trouble than many other countries, during this era of Government overreach and breaches of our inalienable Human Rights. 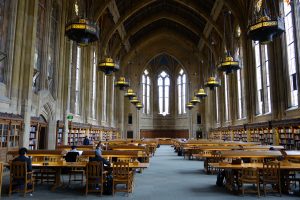 Let me explain my concerns today, in the context of some examples of what shocked me when I first arrived in New Zealand, when I took up my role as teacher-educator. Those undergrads sat in my classroom were ill-equipped to begin any teaching career, and sadly, many of them already knew it. Some openly admitted that they had never read a ‘whole book’ in their lives, and didn’t have any interest in teaching as a profession, other than benefitting from the ‘short working days and long holidays’ as one smiling teenager put it. Having taught and presented in different countries and cultural contexts, I knew I needed to assess my new students’ skills and adapt my resources and strategies accordingly. I began by utilising the computers in that first classroom, and set them a quick and (what I considered a) relatively straightforward research task. I was shocked to see all the students focused on a simple Google search, rather than investigating their well-resourced University library, and then, ignoring all the established strategies for an effective keyword search of scholarly articles, simply typed, word-for-word, their assigned research question, straight into the search engine, clicking on the first (promoted) result. Seemingly oblivious to its contrived content. Later, it became clear that these students, who had grown-up around the digital world that was so alien to those in my own age-bracket, did not understand how biased Google searches could be, how to prioritise Google searches, nor how to differentiate an appropriate source from a less-credible one (or a commercially-promoted one). Many students did not have the skills to even skim read the articles that their simple search had resulted in, to prioritise their relevance to the task. Too often an incorrect Wikipedia entry would be an ‘easy’ copy & paste option for students, in order to get back to their Facebook notifications. 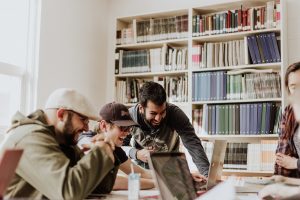 These students’ written skills were even more concerning. A few weeks later, when their first piece of written work was submitted for formative assessment, I noticed an unusual pattern in many of their assignments: words were in text language with capital letters appearing hap-hazard amongst sentences; some sentences had no punctuation at all. It wasn’t my role to act as proof-reader for grammar and spelling, and these students did not have the excuse of English not being their first language. Frustrated and intrigued, I asked one of my colleagues, to which the response was a shrug of the shoulders as if it was normal; his expectations were low. When an opportunity arose, I asked one the students directly, why she had used a capital letter, for instance when the word wasn’t a proper noun. Her response was defensive “my other teachers never corrected that before” and anyway, apparently, she had been told that any “important” word needed a capital letter. That day serious alarm bells started ringing, and they haven’t stopped ringing since.

The resources I was instructed to use for these students were often inappropriate, inadequate or invalid. Some of the assessments I had inherited from the previous lecturers were unchanged in nearly twenty years, and not fit for purpose. Basic common sense seemed to be awry as originals of photocopied items had not been properly preserved and were unreadable in their current format, especially for those with visual difficulties. Discrimination was rife. Tall poppies were ‘cut down’ because deviation from the repeated prescribed schedule of lessons was deemed inconvenient to some staff. Work was re-produced in duplicate or even triplicate between archaic IT management systems that were incompatible. Grading and marking schemes were non-existent. Students were obliged to print out their assignments and submit them to a specified desk/time. It was unusual if lecturers made any learning resources available online and I fought hard (unsuccessfully) to try to make these resources easily accessible for my students.

Every day I was confronted with evidence that the professional educators’ values of ethics and integrity, factors I had taken for granted for so long overseas, were consistently missing or ignored in this institution. Facilitating students in reaching their academic potential seemed to be very low down on the list of priorities many of my colleagues held, compared to the gathering for the daily ‘tea break’ of half-an-hour or more for gossip. In colonial style, a tea-lady was also employed to pour tea, distribute biscuits, and complete the washing-up. Clearly, these staff, many of whom at that time, were well past retirement age, could not see the broader picture of the institution’s role as the social conscience of society, and perhaps didn’t want to see that either. It is unsurprising these institutions struggled to adapt to the Covid19 protocols that insisted all lectures needed to become virtual.

Within three years those undergrad students I described above, who couldn’t construct a simple English language sentence, were delivering to classes of 30+ Kiwi children. In my professional opinion, many of the assessments these students had to pass through to become a qualified teacher were at worst, fundamentally flawed, at best, invalid. Importantly, the lecturers who could have played an important part in improvements and quality assurance of those students’ outcomes, for decades chose not to engage in desperately needed changes. For some this was because of conflicts of interest in profiting from book sales, funding from grants or other personal reasons that encouraged retaining the status quo. High levels of national debt, combined with low salaries exacerbated the corruption and bullying in that toxic workplace.

Children cannot learn critical thinking skills from those who have themselves not acquired those skills, nor are they likely to achieve their full potential from those who have been denied a culturally-competent learning environment. Is it any surprise that today, more and more parents are making the decision to leave the mainstream school systems and make creative provision for home-schooling their kids? New, sustainable freedom communities can pool resources: physically in terms of learning spaces, gardens and swimming pools, and intellectually, in terms of professional knowledge, passion and valuable everyday skills that the parents can share.

So, in support of Prof Furedi’s call for a new, ethical university, this is well overdue. So, let’s start now, with a new generation of learning from the growing Freedom movement.