JACINDA: WHY CAN’T YOU HEAR YOUR PEOPLE’S PAIN? 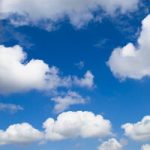 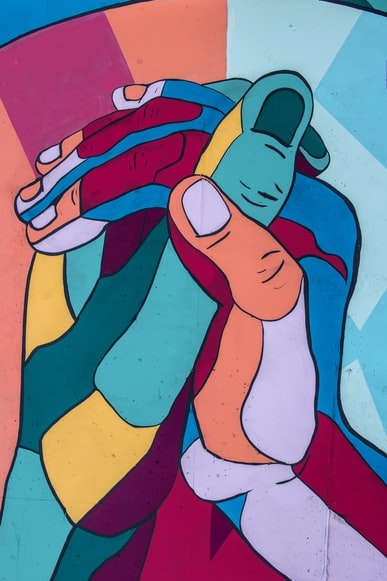 you probably won’t read this, but I will feel a load lifted from my shoulders by writing it.

Yesterday thousands of New Zealanders gathered in Wellington, in a snaking convoy that drew from every corner of our land.

It was a long journey complete with rain and hours in traffic jams. But for almost everyone it was the most exhilarating, thrilling and heart soaring trip of their lifetime. Passing under motorway bridges groaning with cheering, flag waving supporters who wished they could have been a part of the human convoy if only their circumstances had allowed it.

Elderly lent on walking sticks. Mothers soothed babies and toddlers in prams. Dogs sat on leads feeling bored and perplexed by the sounds of endless car horns and cheering.

Who were these people…those journeying and the thousands of others standing in the rain cheering to show they care?

Judging from your disdainful and cold hearted dismissal of the throng of humanity (your people) gathered outside your “office” yesterday, I can only imagine this is how your surveillance and security advisors have characterised them to you?

Why else, as they stood on your doorstep hoping to speak with you….why else would you tell the rest of New Zealand that you didn’t care; would not be present, and that “this too shall pass”. While also praising those who were currently being “boosted”?

Jacinda you have your researchers, your intelligence squad, your modelers, your scientists, your misinformation department, and more. I guess this is how you keep a tab on the hearts and minds of your nation? I’m here to tell you they have got it SO WRONG. They are misleading you as the hairline crack between you and so many of your people, grows into a gaping chasm with the speed and force of a Richter 8 earthquake.

There will be no coming back…no kiss and make up….no renewal of the ties that previously bound us. You have lost them forever. The trust is broken. In every abusive relationship there comes the moment where one last betrayal tips over the entire fragile house of cards.

Yesterday was that moment for the thousands gathered in front of parliament.

The final kick in the teeth.

So if those who gathered were not the radical, misinformed, terrorists you must have mistakenly believed them to be, who are they?

I don’t expect you to pay me for the “intel” I’m about to share with you…but I can virtually guarantee its many times more accurate than the debriefs you receive regularly, on this particular subject.

How can I say this? Because my full time “job” places me front centre at ground zero hosting and supporting a community of 55,000 heroic New Zealanders…vast numbers of them physically, mentally or emotionally (and often all three) injured and traumatised. Thousands of them share their intimate stories with me, in our virtual community, and in the hundreds of messages and emails i receive weekly.

Who are these people i speak of? They are Kiwi’s….Pakeha, Maori, Pacifika, Asian and more, living in this beautiful land we call home. Some are teens….others are in their 80’s, with every other age and stage in between. They are Christians, agnostics, atheists, buddhists, muslims and more.

With such a varied community what is the foundation that binds them in tight, caring, supportive community?

It is their PAIN.
They know each other’s PAIN.

Thousands of our members are covid vaccine damaged. Stop for one moment and contemplate how this statement immediately dismantles the oft lobbed “anti vaxer” hand grenade, intended to blow their self worth and public persona to smithereens. They are vaccine damaged…that means once they “did the right thing” and rolled up their sleeve.

For some of them the “safe and affective” assurances vapourised with the first dose…for others it was the booster that smashed their tightly held belief in both the vaccine….and you.

Many of the vaccine damaged have been traumatised in four unique but coexisting ways.

The first trauma came with the injury they never even dreamed was a possibility. They weren’t notified in their “informed consent” process, of the possibility of any of the serious adverse events you currently have recorded in your government MedSafe database:

They did not know of the “possible safety signals continuing to be monitored” by those we entrust with our safety…Medsafe and our Ministry of Health. Safety signals including ALL of the above along with safety signals of tinnitus, adverse reactions in the elderly, and in children and pregnant women.

The second trauma arose from the shocking realisation that they had been the victim of “misinformation” or rather “lack of information” with which to make an educated risk/benefit personal health decision. They trusted the “safe and effective” narrative blasted from every media platform 24 hours a day. They trusted until there was no going back and their trust was shattered, but it was all too late.

The third trauma for so many of the vaccine injured came when they trustingly sought help from their doctor or hospital. Some of them sought this help in an emergency situation, delivered to the hospital in the back of an ambulance. Others drove themselves to seek a medical solution for their suffering. Then many (not all) experienced medical gaslighting where any possible connection between the vaccine and their symptoms was wholeheartedly and roundly dismissed by the doctors they trusted. Heart attacks in healthy 30 year olds in the few days post vaccine….dismissed as “over exercising” or an unknown pre existing heart weakness. Breathlessness, chest pain and erratic heart beats (all signs of myocarditis) dismissed as anxiety. Attacks of shingles in the week following the jab….a coincidence and most likely bound to happen anyway.

But wait…. the trauma story is not yet over.

Each of these vaccine injured New Zealanders are then faced with one of the greatest decisions of their life. They have to decide whether to risk further injury (possibly permanent and irreversible) or even death by taking ANOTHER round (or two) of the same vaccine that landed them in hospital. Do they choose a jab to keep their job; keep their vax passport to allow them participation in their own life and society; pay their mortgage etc….or do they choose their health, decline the high risk (to them personally) vaccine; and pay the price for their “audacity of refusing to comply” with unemployment, potential homelessness, social shunning, social isolation and derision.

If you are reading this right now, many of you will be wondering if you are reading a cheap poorly scripted Greek Tragedy. If only that were true. You are reading a modern day chronical of the suffering endured by thousands of the Kiwi’s you walk by in the street each day. Some of these same thousands drove the length of an island to gather in Wellington, hoping to be seen, heard and acknowledged by their leader.

“No” I hear you say. “that’s simply not true…there is the medical exemption option”.

In theory we have the possibility of a justified medical exemption when there has been serious harm, or when a person’s pre existing medical history make it a high risk exercise taking this unique mRNA vaccine. The theory is that such an individual visits their doctor for a consultation where PERSONAL risk/benefit is discussed and if warranted the GP writes a letter of medical exemption. Many have received such a letter but this is where the problems start.

These exemptions written by doctors after detailed consultations with patients, are then sent to the office of Director General of Health Ashley Bloomfield. He gets to decide whether or not your doctor knows what they are talking about. This bureaucrat sitting in his safe office in Wellington, and never having met you or given you a medical examination, has the choice to rubber stamp your get out of jail free card, or effectively throw it in the bin with a refusal.

Having spoken personally with hundreds of New Zealanders who have been through this process I have met only two who were granted their exemption. Here are just a handful of the true stories of the declined medical exemption applicants.

Karen had severe pericarditis after her first dose (inflammation of the heart sack). She was denied an exemption for further doses.

Shannon’s daughter nearly died from a severe life threatening reaction to Gardasil vaccine 2 years ago. She spent 2 weeks in ICU hanging on to life. Exemption denied.

Victoria has lived with well controlled auto immune disease for 30 years. After her first dose of the mRNA jab she had a massive auto immune replace. Exemption declined.

There are hundreds…maybe thousands of others with stories just like this. Ordinary men, women and young people faced with a choice….risk vaccine death or permanent injury, or accept unemployment and social rejection.

These were some of the people standing before parliament yesterday hoping to be heard and acknowledged by their leader.

Others who made their way to wellington were neither vaccine injured nor declined medical exemptions.

This next group included those who were forced from their employment through mandates, before they took even one dose of our liquid covid solution.

I know many of them and their stories personally. The orthopaedic surgeon who walked from his 30 year long career; the Forensic Psychiatrist; The GP’s and hospital doctors, nurses and midwives. Each of them specialists in their own medical field. Each of them taking the initiative to apply their medical research skills to delve into the science and data of the Pfizer mRNA vaccine. They came….they looked carefully and diligently…and they left without partaking.

What they saw forced them to the wrong side of the great divide. They chose to remain vaccine free and live with the resulting life altering consequences.

There has always been another way besides mandates….regular work place testing. The exact same way forward that the Ottawa Police Force chose, in consultation with their government. Yes hard to believe isn’t it that right now as the eyes of the world alight upon the sub zero frozen truck lined streets of Ottawa, the police who confiscate petrol and propane from the trucks, and enforce the hardline of Trudeau, are themselves unvaccinated if that’s what they choose for themselves.

I encourage you to take a breath and pause for just a moment and consider that just maybe you have NO IDEA of the personal situation and resulting choices of the unvaccinated person standing before you.

While the prime minister has long since cast aside her refrain of “team of five million”, and any notion of kindness towards the unvaccinated…

YOU still get to make a personal choice to treat your fellow Kiwi’s as equals, and extend them kindness. You can stand for unity, connection and non discrimination, even as our leader refuses to do so.

Lynda Wharton has been at the forefront of holistic therapies in New Zealand for over 30 years. She is both a Traditional Chinese Acupuncturist and a Naturopath, and is a member of the New Zealand Register of Acupuncturists (MNZRA). Lynda specialises in the holistic treatment of women’s health problems.

If you have suffered an adverse reaction to the Covid 19 vaccine in New Zealand you can report your own event to the Government Medsafe database.