History shall not repeat itself…

Viruses have evolved by taking advantage of the weaknesses of human immunity. Immune evasion represents the number one reason why viral disease is usual nowadays, and yet, there are still only a few scientists and doctors that are speaking out about how certain immune system-based vaccines can prevent many cases and deaths resulted from viral immune evasion. Dr. Geert Vanden Bossche repeatedly warned last year that the developed vaccination scheme against COVID-19 was flawed and would encourage the virus to mutate and take further advantage of the immune system, but the mainstream media and scientific corporations ignored his desperate pleas to reconsider the approach. Now, the same hypocrites are telling us that we should perhaps be worries about the recent international monkeypox outbreak. When are we going to take the responsibility as tax-paying citizens and residents to make sure that we head into a good direction, scientifically and medically? These individuals in power have profited a lot during the past few major crises, all on the expense of the low and middle-class.

It is a matter of fact that simple interferon-alpha, beta and perhaps lambda-based nasal sprays, oral drops and sometimes, where applicable, injectable doses, are often enough to contain numerous kinds of viral epidemics in the future. Ten years ago, a peer-reviewed scientific paper was published on pubmed.gov, suggesting that interferon-beta could really prevent cases of monkeypox. Governments around the world probably know that Mother Nature already has the solutions for us, and we are part of Mother Nature. 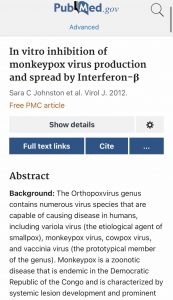 Basically, there can only be a good profiteering from a product or a service if there is a high demand from it, as the higher the demand gets, the higher the price becomes. However, a product needs to have a narrower availability in order for the demand to reach a certain threshold because otherwise, the price cannot become higher. And, looking at the context of dealing with essential matters, such as combatting serious and life-threatening illnesses, we understand that the importance of the context requires the products in cause to have certain limits of availability so there will be a profit. And this leads us to the fact that the financial market is partly rigged, and perhaps, the flawed financial market represents a societal burden that prevents us from receiving essential prevention methods and care against important illnesses. As I said in a previous occasion, as long as we continue to capitalise on necessities, we will not fill in the gaps created by an ultra-capitalistic contemporary society. Competition is definitely an important aspect of life however, we need to draw a clear line and separate constructive competition from animalistic competition. Even if our far ancestors were related to animals, that does not mean we should remain at the stage of animals, as we evolved into humans. Likewise, the whole argument to accept social darwinism as a regular current of life fails because that would mean humans are naturally animalistic, which is not true. And the word “human” stands for “light” and “man”, meaning that we all have light within us. And having light within us means that we have a special kind of equilibrium, which can only be attained when rationality dominates instinct in their symbiotic relationship. The current of social darwinism takes our light away from us and helps the process of transforming mankind into intelligent animals. 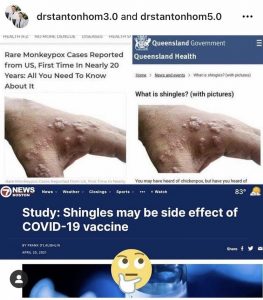 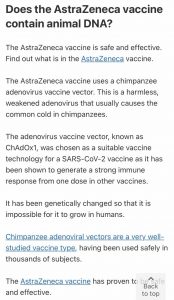 Likewise, it is possible we need a systemic solution against problems like downplaying the fact that many important illnesses can be prevented and treated effectively by filling in the gaps of the natural immune system. By doing so, we automatically produce qualitative helper and cytotoxic T-cells, as well as plasma cells and antibodies. Once such solutions start to gain more and more attention from the general public, then we will see that the Revolution we all need will be closer. But as long as we do not understand the foundations of the current societal problems, then we have virtually no chance of collectively getting better. Instead, we will continue to pay the ultimate price of our ignorance and, sadly, more people will suffer silently due to collateral damages. And remember, the perfect form of dictatorship is the one in which the majority of people pay a deaf ear to injustices and broadly admire and obey the oppressors.