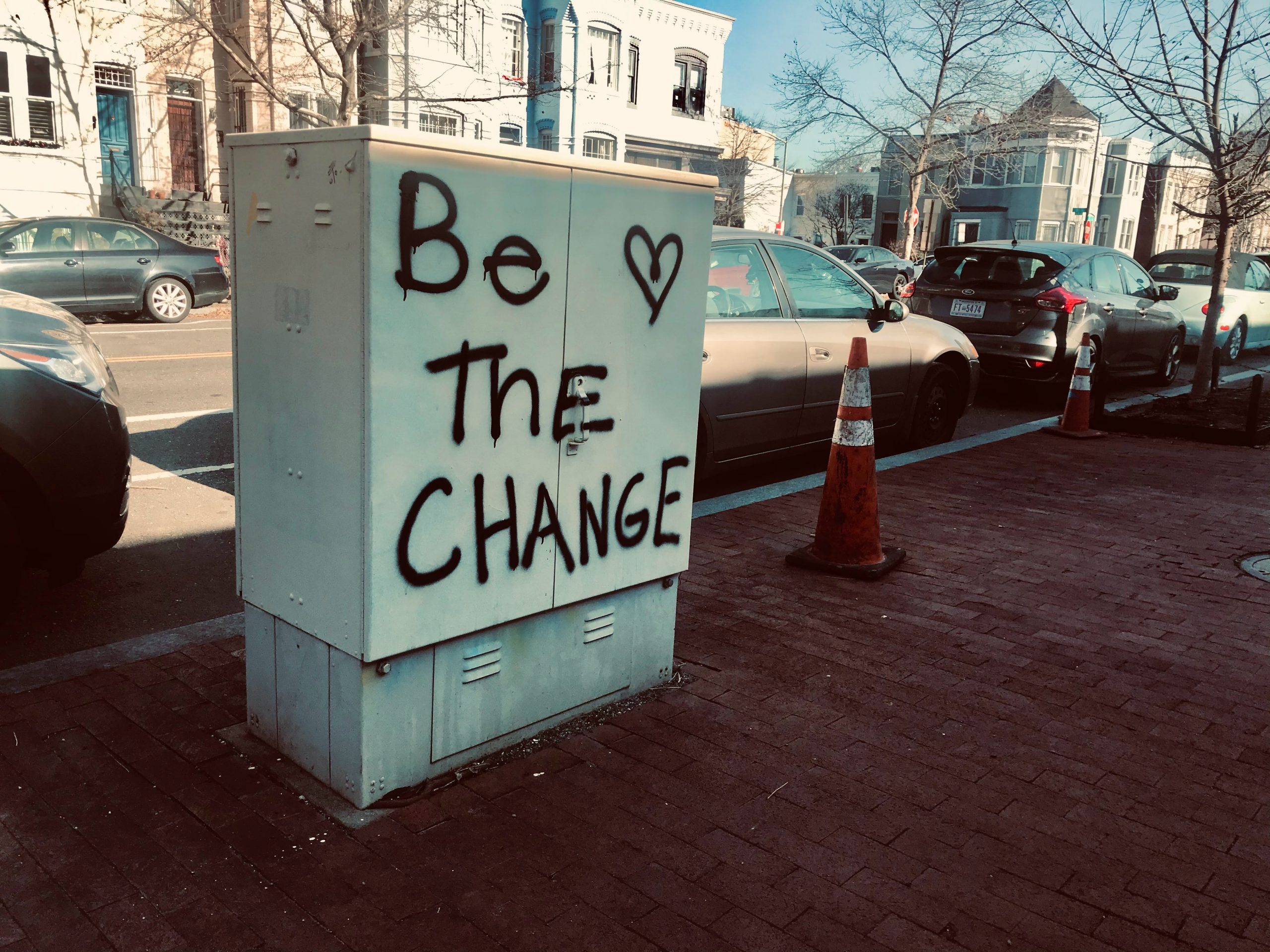 We’ve all heard, seen and admire the famous heroes of our current era. Those inspirational protagonists like Drs Malone, McCullough and Lawrie and so many others, now have millions of followers worldwide on all the independent platforms, and many of us are enthusiastic to see their latest Substack or Spotify contribution.

But what about those everyday heroes? Sometimes we meet special characters in mundane environments who always seem to have others’ well-being at heart, and these everyday heroes are just as important as those protagonists we have grown so familiar with. These well-being heroes are especially precious during this crazy era of Covid, because (as has already been well-documented) Government policies globally, have exacerbated divisions and inequalities in our societies. The effects of stigma and discriminatory laws have harmed many individuals on psychological and practical levels; lockdowns and vaccine mandates have resulted in families becoming separated, unemployment, poverty and homelessness.

But in a sparsely-populated country like New Zealand, can ‘homelessness’ really be a problem? Surely [I hear you say] NZ is a relatively wealthy, ‘developed’ economy, with plenty of provision (social welfare and private) for those in need? Well, like everything in life, addressing the needs of the ‘homeless’ depends on how you define the word, and also how it is measured by those in positions of power.

Campsites are an obvious direction for homeless people to seek out – especially now that overseas tourism is virtually non-existent. Longer-term ‘Out of Season’ rates offer a win/win situation for some campsite owners hoping to cover increasing costs of overheads. They can also act as temporary wardens in their absence.

Indeed, in these isolated, rural places you will often find vulnerable young people, absent from school; older people suffering from dementia or recovering from a stroke; middle aged individuals with mental health problems, and female victims of domestic abuse, waiting for ‘something more permanent’. In my experience, over the past two years, these types of residents have become more obvious at some campsites. Stigmatised and excluded from society, people are sometimes without access to social services via the ‘essential’ smart phone or internet connection. Often the mere presence of these residents makes the campsite less attractive to passing tourists who might not be open-minded enough to understand the problems these people face. This makes for difficult conversations within and around the campsites, that reminds me of similar controversies about the council sites in the UK for groups of traditional traveller communities.

But surrounding these homeless (or ‘houseless’) individuals and families, always, are those unsung heroes of our country, authentic, maybe unpaid, unacknowledged carers, supporting them, listening to their stories, sharing provisions…but is this enough?

Old, unroadworthy trucks are more affordable than containers to store household goods after you get evicted. Recent tax law changes and mortgage interest rates increases (with more imminent) have led to numerous landlords selling-up. Rents are just unrealistic compared to low salaries in many areas now. Tents are cheap and easily replaced – parts of New Zealand enjoy a sub-tropical climate, after all. Rentable cabins are insulated and short term, sited and taken away at a moment’s notice. Local maraes often offer free hot food to those in need. Whānau has a wide interpretation. Importantly, many of these homeless people go out to work everyday, it’s just that their low-paid jobs simply aren’t enough to cover the costs of living in a house.

These people maybe aren’t ‘counted’ as homeless – but they are without homes. Within the harsh realities of challenging situations – like affording enough tokens for the laundromat and running heaters in a car overnight – are authentic, shining lights. Many well-being heroes in campsites around New Zealand have made me realise how we take some things for granted and how small acts a kindness, go a long way.

Fiona’s family home of 30 years burnt down after an electrical fault. Fortunately, no-one was hurt and she managed to save her dogs too. Thankfully, she was also partly insured, so her house could be re-built, but meanwhile, with her kids now grown up, she needed to find a place to live where she could keep her dogs. She found a live-on-site-job at a local campsite which was dog-friendly. Her role as cleaner came with all the usual mundane duties for the upkeep of the basic facilities for the campers. But during the year (and now her home is nearly re-built) she has developed her role into much more than cleaner. A few of the campers are ‘permanent residents’ – people who have sold/lost their homes and moved into a caravan, camper or house-bus and either travel constantly (staying the maximum time allowed at each campsite) or negotiate a long-term rate with management for a semi-permanent site. At the large campsite in Eastern North Island, where Fiona works, there are about 30 of these permanent residents, all from diverse backgrounds, some have been there as long as 28 years.

One resident is John. Originally from England, he has been in NZ for over 30 years. His wife died, so when he was made an offer on his house that was ‘too good to miss’, he accepted the cash and bought a caravan. This gave him “time to decide where to live for the rest of his retirement” he tells me. But that was 15 years ago. He never got around to buying another house, and as inflation and house prices went up, he couldn’t afford to buy again in the area, so continues to live in the same old caravan, renting a small site not much larger than the caravan itself – a tarpaulin is a make-do shady awning. John’s is a common story. These people are often outside the systems – not on the electoral role, census or paying council rates – but often not through choice. Fiona recognises the inherent loneliness of these residents and makes an effort to interact with them whenever she can. Some residents go out to work regularly, but many sit around the campsite, watching TV in the communal area or reading the papers – it can be a monotonous existence.

In the run-up to Christmas, Fiona took the initiative to collected koha [donations] from each resident and with help, arranged a large-scale roast turkey dinner for them all, cooked in the communal camp kitchen. As the delicious smells and sounds of laughter emanated throughout the campsite, even the more reclusive residents came to join in the fun. Fiona beamed with pride as she recalled how after the event, everyone said how much they’d enjoyed the celebration together. For some, it was the first Christmas gathering they had experienced for 20 years after a bereavement or family break-up left them alone.

In another campsite on the opposite coast, the warden, Jean, sits and has coffee with a local social-worker, to discuss the context of a 30-year-old woman called Stacy, who has learning difficulties. She turned-up the previous night with a suitcase and a tent. Jean learns how Stacy had apparently decided to leave her boyfriend, who was becoming abusive after arguments over the vaccine mandates. He wanted her to receive a further injection, she refused – her job was at risk and their rental was reliant upon her income. Jean listens intently and asks thoughtful questions; Stacy has been ostracised from her own family and has no-one else to turn to. The two women agree that this isn’t the best place for Stacy, but that it could be a stop-gap until a more permanent place is found. Jean offers to help her with spare bedding and food from her stash from the “Lost Property” box. Later that day, I see Stacy sat around the campsite kitchen table, interacting with tourists from India and exchanging ideas about recipes. She smiles at me, happily.

Talking with neighbours, sharing food and enjoying a sense of community is a fundamental need for us all. Even before the draconian Covid policies were applied, New Zealand was often a hostile place where prejudice was rife. The Jeans and Fionas of our Freedom Communities are so much more than wardens or cleaners – they are well-being heroes – going over and above expectations in helping and supporting everyone around them. These special people help make it clear to all of us how a connection with our fellow human beings is so simple and yet so crucial.

(names and some details have been changed to protect identities)

Enough! Stop scrolling through Telegram! What you can do TODAY to help reclaim our Freedoms!

Lessons from History: pieces of the jigsaw

One thought on “Heroes Helping the Homeless”