Graphene oxide and nanotechnology found in the vaccines 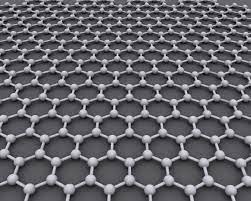 Toward the end of 2020, Dr. Andreas Noack became a whistleblower by warning the general public about plans to introduce graphene oxide molecules in the COVID-19 vaccines that were planned to be rolled out a couple of months after, and he died mysteriously a few weeks after a strange and brutal police visit in his apartment. Graphene oxide represents a form of metal that is incredibly dangerous for human health and has irreversible damaging effects at the molecular level of important organs. For example, it has shown clear abilities to significantly disrupt the functions of red blood cells and cause a buildup of liquid in the lungs, resulting in a sensation of inner drowning. It has also caused forms of swelling that look peculiarly similar to the forms of swelling reported as adverse reactions to the COVID-19 vaccines. Thanks to Dr. Andreas Noack, millions of people became aware of the frankly evil plans of the worldwide establishment to poison potentially many millions of people and keep them dependent on Big Pharma for the rest of their lives, and they spread the word about it. As a result, a smaller proportion of the general population received the experimental COVID-19 vaccines, although a number of people still took it, either because they were obliged by their employer, or because they still believed the official narrative. Cognitive dissonance has a significant blame here, and this cognitive dissonance has been fuelled by fear, ignorance and a lack of a collective action to filter out the lies.

Recently, a scientist from New Zealand decided to examine the Comirnaty vaccines under a microscope to see exactly what molecular components it has, and the results that he got were absolutely shocking. The structures that he visualised on the microscope seem to belong to a Science Fiction kind of movie, and such results should further concern us all. These perfectly symmetrical molecules fuse with the human DNA, meaning that the vaccinal RNA not only can cause irreversible DNA mutations, more commonly in people with co-morbidities, but the structures attached to the vaccinal RNA can further affect sequences of the human DNA that are already mutated. The scientist published a video on Odysee with a detailed report of his discoveries. The biggest concern is, will there be many cases there will be where the vaccinal RNA and the symmetrical structures have reached vital tissues of the body? Of course, this question has already proven itself to be rhetorical. If we are looking to accuse these health overlords of unprecedented crimes against humanity, then I suggest we start with this piece of evidence.

If Dr. Klaus Schwab wrote in his book that the aim of the Great Reset was to combine biology with technology, then we ought to believe him. We ought to connect the dots and understand that we currently live in the times projected by this massive intellectual oligarch and servant of the worldwide shadow government currently working on the enforcement of this New World Order. There is nothing new under the sun, but numerous people are falling prey to these institutional charlatans and criminals.

Furthermore, at the end of August 2021, dark particles were detected in a Moderna vaccine batch in Japan, and over 3,700 people had already received the Moderna vaccines from that batch. Of course, health authorities and the mainstream media were quick to say that those mysterious particles were there as a result of an unwanted contamination of that batch, because we know how their narrative is built upon aspects that look very alike to natural coincidences.

I will finish this post by asking a homework question for the readers: is this some sort of a terrorist attack at a molecular level that we have been witnessing since the beginning of the vaccine rollout?