In light of the recent outbreak of Streptococcus A infections in Great Britain, which led to six deaths among children so far, the discussion about reviewing modern practices of immunisation against polymorphic viruses with significant abilities of immune evasion is more urgent than ever, given that there are evidence-based suspicions that the recent rollout of a nasal flu spray in schools may have primed the immune systems of children against the Influenza A virus and allowed bacteria like Streptococcus A to further colonise and infect the throats of little ones. Not to mention the blunder of rolling out the experimental COVID-19 vaccines to young children and the prolonged lockdowns that prevented children from getting the necessary UV light and regular pathogen exposure to have their immune systems correctly trained against more important pathogens. It is important to mention that the nasal flu sprays likely played a significant role in inducing a priming of the immune system, as the site of the vaccine administration is where the virus first infects and replicates, and very proximal to an important site of Streptococcus A colonisation; the tonsils. Given that children are already significantly more vulnerable to Strep A-induced scarlet fever, even a moderate form of immune priming may cause a visible decrease in the projected immune preparation against the pathogenic bacterium. Moreover, many may have noticed that during Influenza A or SARS-CoV-2 infections, people often experience a secondary infection by pathogenic bacteria or fungi, and an immune priming on the virus may already have given room for such secondary pathogens to infect and cause disease.

Furthermore, it is also the aggressively-pushed mass PCR and lateral flow testing campaigns from 2020 to 2022 that may have significantly contributed to an immune suppression in front of bacteria like Streptococcus A. Namely, given the fact that even numerous children underwent repeated PCR and lateral flow testing with swabs that had been sanitised with ethylene oxide, a substance known to be hazardous if used in more significant amounts, it is rather possible that we are witnessing a rise in the number of detected mouth and throat cancer, as well as of immunological decays. The higher the number of swab tests had been performed for an individual, the more exponentially higher the chance of mutagenesis, onset of oncological disease and eventually of immunosuppression, due to a more significant amount of ethylene oxide that had been placed into the centre and the back of the nasal and oral cavities. 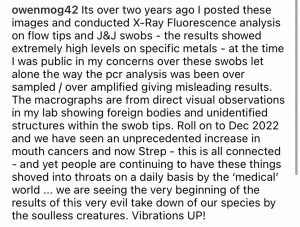 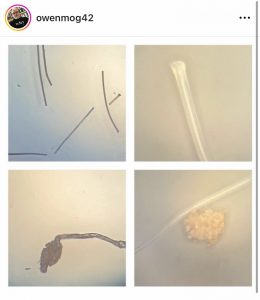 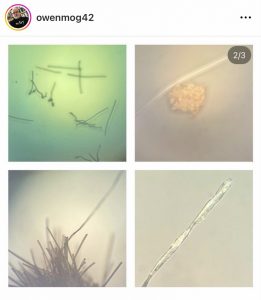 This overall scenario takes place when scientists listen to one side of the argument and refuse to receive exposure to a contradictory scientific point view. Likewise, the monopolisation of the mainstream scientific community and its priming to accepting narrative-derived perspectives and messages has played a principal role in the decay of vaccinology. We require a thorough discussion about what went wrong and what to improve to merge the need to prepare immune systems without the experience of significant disease and without causing any sort of risk of collateral damage, be them short- or long-term. If we focus too much on immunisation, and especially on pathogen-derived immunisation, by developing countless vaccines for countless pathogens, we will end up forcing the development of the immune and nervous system, and likewise, we will cause a hyper-“natural” selection, which could be an ultimate factor of major depopulation in the coming several decades. At the same time, if we do not act to save lives by preparing immune systems to respond efficiently and with balanced mechanisms, then many more people would die than in the scenario where there is a balanced ratio between immune preparation and healthy exposure in the environment.

The best approach in this case is to allow people to experience a restricted extent of disease in many cases, and at the same time, to develop immunisation approaches that would stimulate the activation of the adaptive immune system as indirectly as possible in the case of people in significant stages of neuro-immunological development. Unlike B- and T-lymphocytes, alongside dendritic cells, inflammatory monocytes and macrophages, pro-inflammatory cytokines and even natural lymphocytes (i.e. natural killer cells) with Type II Interferons (i.e. interferon-gamma), Type I and III Interferons indirectly stimulate the development of the adaptive immune system, and their implication upon the nervous system emphasises on neuro-protection, rather than an increase or slow down of neurogenesis (rate of neuronal production). Although the role upon adaptive immunity is less direct, it is foundational for shaping a correct, balanced overall immune response against many toxins of concern, including the Nipah virus, which would the most deadly virus on Earth if it mutated and underwent zoonosis to humans. A correct and completely natural immunity- and neuro-immunity-friendly vaccine could also sharply decrease projected risks of the development of antibiotic resistant bacteria against the integrity of the overall human immunity in the future.

Overall, all the signs that we need to make major changes to improve vaccinology are there. By continuing to ignore the increasing urgency for serious updates and improvements, we fail an increasing number of lives as more days pass. Whilst making positive changes, we need to create a list and check whether significant short- or long-term collateral effects are statistically probable, such as pathogen priming, the induction of autoimmune responses, the induction of diverse kinds of collateral damages at the level of tissue, cell and/or host cell genome due to attempts to conserve the live attenuated pathogen or pathogenic fragment, as well as a significant pressurising of neuro-immunological development, which would in turn lead to important delays of neurological, immunological and even systemic development. The longer the delays to improve modern vaccinology, the more widespread and significant the effects of such flaws will very likely be.

Source of the featured image: https://en.wikipedia.org/wiki/Group_A_streptococcal_infection