European and Australian truckers are joining the Freedom Convoy! 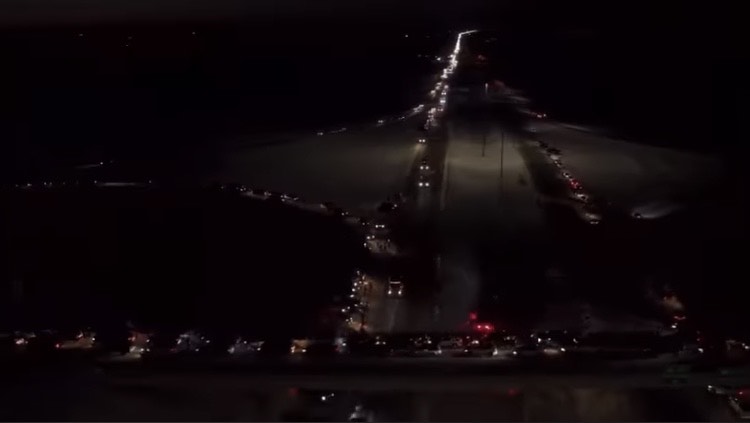 Great news from Europe and Australia: numerous truckers will join the Canadian truckers and form a Worldwide Freedom Convoy. Truckers from EU countries will converge into Brussels, whilst truckers from the Australian territories will converge into Canberra. The world is fed up with the mandates and the unprecedented level of systemic corruption. The world wants freedom, true health and justice! The people have been mocked by authoritarian leaders and crooked corporates for almost two years, and no real solutions have been presented since the beginning of the pandemic. Instead, great minds in Science and Medicine have been heavily censored, and research has been monopolized around health agencies and authorities with a controversial legal past. The truth is, hundreds of medications and natural compounds have been proven effective against the respiratory disease, and yet, health authorities chose to force entire populations to receive one specific medical act, which also happens to have an increased rate of adverse reactions and not actually treat the disease long-term.

At the moment, the number of truckers that are in the Freedom Convoy in Canada is likely significantly over 100,000, and protestors have already started filling Ottawa, one day before the protest was announced. Convoys of truckers will be coming from the Canadian Mid-West, from the East Coast, as well as the French-speaking territories, and tens of thousands of truckers from the USA have already joined the Canadian truckers. The number of truckers, as well as regular car drivers and pedestrians supporting the protest will continue to grow, maybe still exponentially, in the coming days, and several tractor drivers have also started joining.

My message to the truckers is this: please, make sure not to play into the hands of the powerful and help your communities! There will likely be agitators that will try to manipulate the direction of the protest, as well as public opinion. We have to keep in mind that people will need food, water, electricity, heat, financial services and most importantly, medicine. We have to love our neighbour and remember that our goal is to create a system that is for the people. Our goal should be to isolate the overlords in their own “reality” and overpower them. Likewise, by creating our own system, we will eventually defeat theirs in a fair way. Love will eliminate both fear and hate from society.

Police officers, now is your time to pick your side and prove that you are there to respect your oath and your obligation to protect democracy, according to the European and Australian Constitution. If many of you simply turn your back to the leaders who are ready to betray you and your trust, then their power significantly drops, and you will significantly help the world eventually become a much better place for humanity. You will be loved by the people if you help bring the individuals who are guilty of gross corruption and crimes against humanity to justice.

The truth will eventually prevail, and we need to be strong and united like never before, to make sure we will make history. We are one human race, made in the image of love, with love and for love!

3 thoughts on “European and Australian truckers are joining the Freedom Convoy!”