Down with the new Berlin Wall! 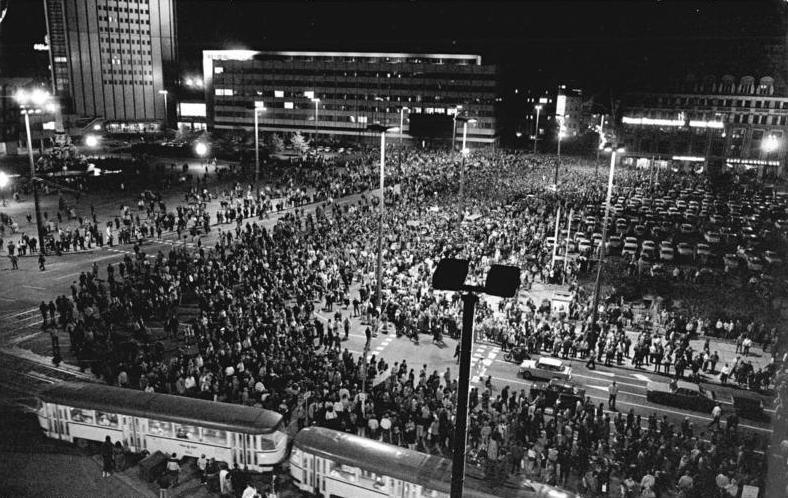 Never in the history of mankind have governments infringed the fundamental rights of movement and work, and conditioned them on one flawed medical act. Never in the history of mankind have tens of millions of people been psychologically forced into submission and humiliation at work, in airports, train stations, ports and at borders. Even before executive powers made the vaccine mandatory for travel, people could not travel for essential reasons without a negative PCR test result for several months. People were not even allowed to exit their residential country and self-isolate in their home country for two weeks. Despite all such draconian measures, there was no significant impact upon the number of daily cases. At the same time, health authorities and politicians blatantly told the masses that lockdowns were effective and the only solution.

Lockdowns and mandatory vaccines have caused many deaths

Lockdowns and vaccine mandates have harmed the lives of numerous people, and the only persons who benefited from these were those in positions of executive power. They likely used fear as a tactic to bring people into total obedience and oppose any view that was not supporting the official narrative. People could not see and hug their loved ones for numerous months, and now the unvaccinated cannot travel and see their family members either. The truth is, many of the unvaccinated are under a full lockdown and cannot work, enter non-essential shops, bars, restaurants or exit their country of residence. Please keep in mind that lockdowns and mandatory vaccinations have caused millions of deaths; because of depression and deprivation from essential human contact, because of cancelled medical treatment due to COVID-19 monopolization, and because of adverse reactions following the vaccine.

At the moment, several governments around the world are going back and forth with their oppressive policies. On one hand, they are fearing major civil disobedience, and now are admitting that Omicron causes mild disease in the vast majority of cases. On the other hand, they are still holding on to their agenda and very likely are creating auxiliary plans to bring many people right back into submission. There was one quote circulating on the internet, saying governments are like abusive ex-partners, calling the abused back into a relationship. People should understand that second chances usually do not work, especially in the cases where mistakes were made knowingly and willingly.

The approach of the people should be rather simple: to put immense pressure upon executive powers to remove these draconian restrictions. They are only guidelines and so, they are not a law. Any good judge will very likely say so. Forbidding people to move to any country they wish to, for any reason, is unlawful and honestly, illegal in any kind of a democratic society. The only way for us to become free again is to start an indefinite collective action and let the corrupt authorities know there are more of us than of them. Start general strikes, protest in your towns and cities every week, and reassure your loved ones and neighbours that they do not have to do anything they wish not to. Our message to the corrupt authorities and the compliant employers should be this: Stop humiliating people and forcing them to have a substance injected into their body, which they otherwise do not want to! Medicine is supposed to be multi-dimensional, and science is supposed to be questionable, and not to become a religion. Simply trusting the science and accepting anything as evidence is a major part of a societal regress.

Imagine if they at least tried to bring cheap antibody tests and logically determine who has immunity. Such an approach would not have been a problem as great as the actual one. And I have said this to give an idea of how generalized and inaccurate their “science” is. Treating vaccines as if they are superior to natural immunity and insisting they are the only way out of a pandemic is a blunder, when in fact vaccines are there to bring people closer to natural immunity and farther from disease, and early treatment should be prioritized to mitigate the effects of a pandemic. Traditional vaccination methods likely do not help and may even worsen a pandemic of respiratory illness caused by a polymorphic virus, according to the research of Dr. Geert Vanden Bossche.

Title inspired from a speech by Cristian Terhes, a Member of the European Parliament.