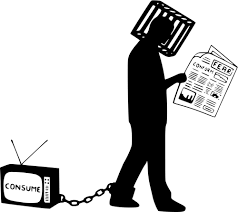 The majority of the world’s nations have developed from generation to generation by means of democracy. But how does the present generation define democracy? Well, freedom of choice is a vague explanation because freedom of choice can easily turn against our freedoms and the overall societal good. Too much freedom of choice can put the freedom of responsibility at risk, and one incredibly relevant example of this was the agreement of the majority of the world population to hand their freedom of responsibility to world governments and health authorities. Too much freedom in the wrong spot can create weak minded people, and weak minded people would lead society in hardship, which in turn can only be resolve by strong minds, according to a popular quote. Likewise, this is a cyclical problem that requires innovative solutions so this cycle is finally broken. We need an equilibrium in all our activities, and freedom and responsibility live in a symbiotic relationship. Likewise, just as cells cannot survive without mitochondria, although mitochondria are dependant upon the integrity of cells, freedom cannot survive without responsibility, although responsibility is dependant upon freedom. Consumerism can sadly be an important factor of an increased popularity of socialism, communism and fascism.

Consumerism is actively targeting the extent of human responsibility and is creating weak minds from generation to generation. The mindset that all comes to the plate is actually incredibly toxic and leads to a serious level of societal indifference. As a result, freedom, love and support for one another starts to vanish, and democracy is replaced by chaos, which is followed by anarchy and dictatorship. The rulers of the world offered us all consumerism in exchange to our freedoms and dignities, and the reason why so many of us are buying into this is that we tend to think short-term. We just want things to be given to us now and we hate waiting. In reality, waiting is like the water that feeds the plant called accountability. Waiting cultivates patience and allows us to gain more discernment and better understand the meaning of life. The only way to reverse the effects of the social engineering, which has been present prevalently in First World countries is to practice patience, to actually listen to what people around have to say, and to pay delicate attention to information that actually reflects reality.

The truth is that the mission to wake people up and remind them of the moral origins we all came from is the hardest of all missions mankind have ever faced. We can see that the decay of the political discernment of the masses had been more sharp in countries like the UK and the USA, since the elected leading politicians there are incredibly incompetent and generally have highly corrupt backgrounds. Every one of us who is awake and working hard to restore the wellbeing of the society need to understand that our mission requires plenty of psychological resources. We are like soldiers because we are part of a massive psychological and informational war, and the greatest weapon of the enemy is psychological negativity, given that it is many times actually the source of physical illness. Rest assured that the corrupt overlords know this and develop incredibly intelligent attempts to drain the energy of the people who are trying their best to improve the conditions of the society, often to the point that their induced psychological decay leads to the development of physical illness. Self-love represents a critical weapon of self-defence in a world that falsely believes to be practicing self-love, given that many people, especially in big cities, think that religiously following severe professional routines and gaining a lot of financial resources is self-love. We were made to often connect with nature and be inspired to the point of sharpening our creativity, and not to spend literally 80% of their adulthood in front of a computer and stuck in traffic jams. We are meant to invent and inspire people around us with our unique way of thinking and innovation, and not to excessively follow the crowd. The alpha and beta divisions of people are not reflecting reality. We all have inner seeds of alpha, and we need to make these inner seeds sprout.

I leave you with the following quote: 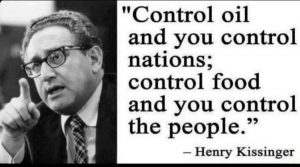