The start of mass arrests in Canada? 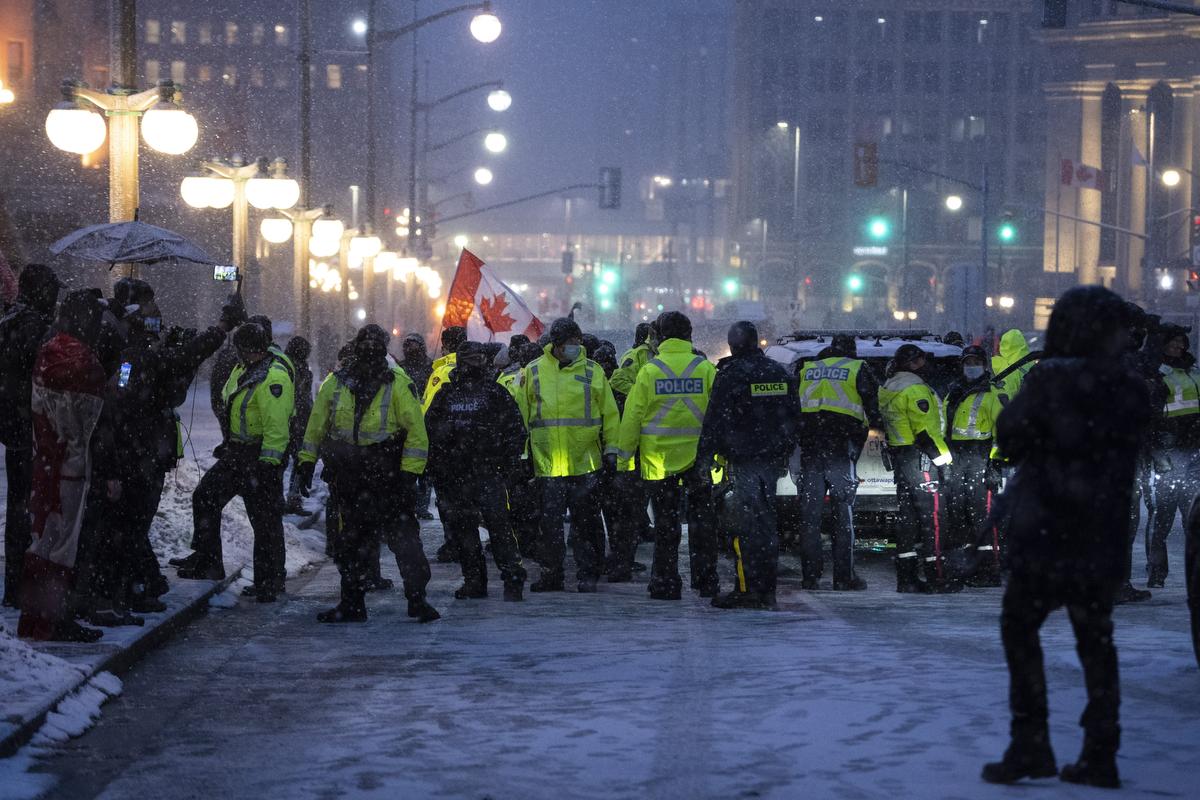 Source of the photo: https://www.stcatharinesstandard.ca/news/canada.html

Last night, the number one organiser and the most important leader of the Freedom Convoy in Canada, Tamara Lich, was among the leaders who got arrested, and at the moment, the charges are unknown. Furthermore, multiple peaceful demonstrators have reported that their credit cards are completely frozen, meaning that they cannot use them for cash withdrawal, contactless payments as well as online and on-site pin number-based payments. The emergency  legislation was implemented because the governmental cronies could not deal with the fact that a large body of the Canadian population has had enough of all lies and medical discrimination. Trudeau also told a Jewish Member of the Canadian Parliament who has a grandparent who died in the Holocaust that she and the rest of the Conservative Party were about supporting “Swastikas” and other extremist imagery that was displayed by infiltrators. Although the MP told Trudeau afterward that she is Jewish and that one of her grandparents died in the Holocaust, there are no reports that Trudeau has made an apology so far. In fact, Trudeau simply left the room afterward.

Unfortunately, many people in uniforms are following orders that are directly assaulting democracy, and one question I would ask such people is, why are you so fearful of your superiors? Do you understand that, if thousands of you refuse to engage in such ridiculous enforcements, you will take a lot of power away from the corrupt government? A society with a sound mind, that claims it stands for democracy and justice, is responsible for protecting the truth by any means. You should only fear the people you are supposed to protect and support because, if they will eventually gather in their millions, you could end up running away with your corrupt leaders. Like it or not, the truth will come out strong and justice is coming, no matter how many barriers these criminals in power are putting. As Albert Einstein once said, time is an illusion, and the end point is likewise imminent. What is not an illusion is your decision whether you will do the right thing and stand with the people, or you will continue to stand with corrupt leaders that support criminals in power. I do not want you to find yourselves in the wrong side of history and cry in your palms that you were only following orders. That will not count at all, just as the nazi authorities were not pardoned one bit after they said that. As long as you are an adult with a sound mind, you ought to take the right decisions for yourselves and for those around you.

The extent of the repression of the peaceful protestors in Ottawa is of a similar extent with the repression of the Eastern European peaceful anti-communist protestors in 1989, although the kind of repression used now is based on psychology, and not physical force. Such overlords are training to quickly remove the resources of every single dissident to the system, and there is a theory that banks will be able to quickly remove access to all banking services of people who are not supporting the mainstream narrative. Furthermore, Western societies are likely headed toward a social credit system, given the plans of the Great Reset and the Fourth Industrial Revolution. They will switch to protecting nature by forcing human life to go more and more underground, and transform big cities into “Smart Cities”, and private property is set to be completely abolished.