Breaking news from Canada and Australia 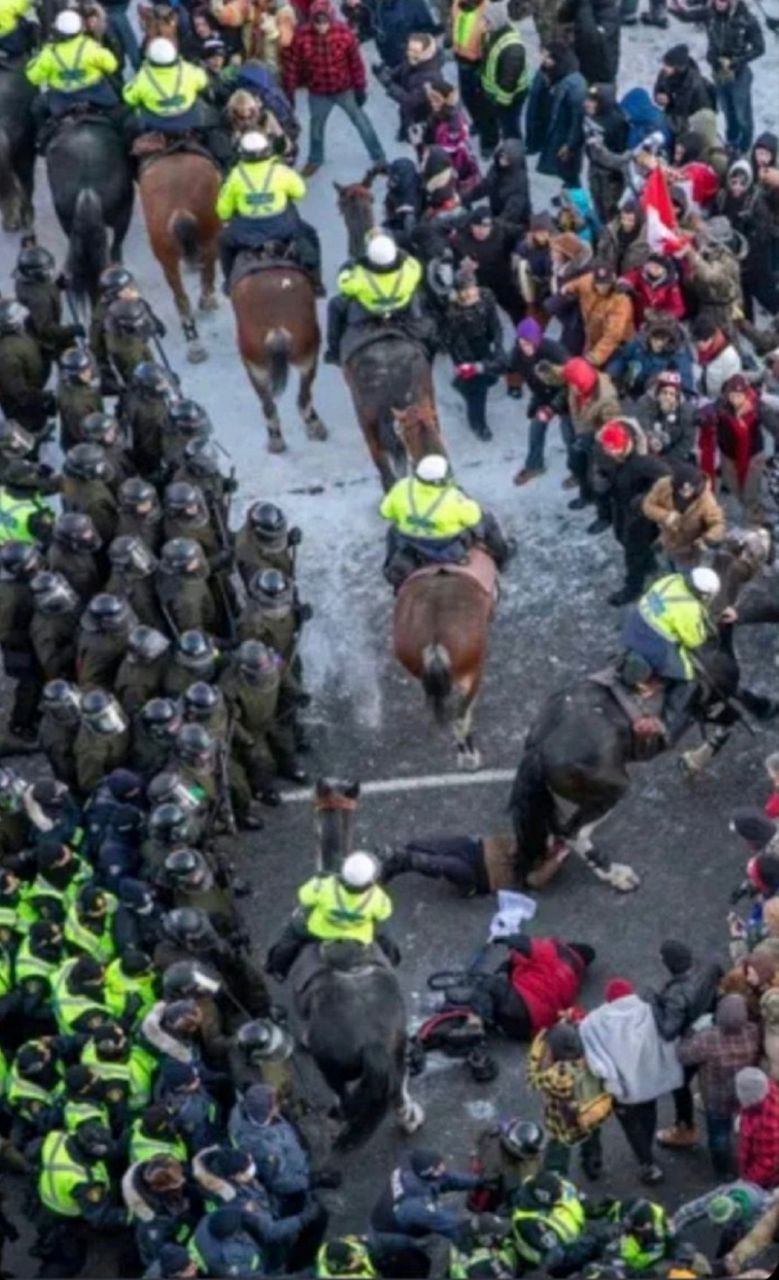 The world is witnessing the moral plunge of the leading societies in first-world countries. Many people with high financial and social responsibilities, as well as governmental politicians and authorities, have been either paying a deaf ear to the unprecedented police brutality and systemic crackdown on pro-democracy protestors, or done the crackdown themselves. I believe we are at a time when you can choose either the side of the people or the side of the oppressor. There is no more in-between, and collective silence and inaction has become a passive kind of oppression.

What happened yesterday in Canada is absolutely disgraceful and should be condemned by the entire world. Peaceful protestors were beaten to the ground, injured and arrested on fabricated claims, such as “mischief”. Moreover, police officers on horses decided to go into the crowd and trample upon a disabled older lady and a man. Both ended up in hospital, and the man was in a more serious condition than the lady. Also, the former RCMP sniper, who became a major whistleblower for exposing plans of grave infiltration, weapon planting by suspect people and conspiracy, was arrested on a claim of “mischief”. Just imagine my shock, the country that was criticising countries like Belarus for cracking down on its own citizens, is itself cracking down on peaceful pro-democracy protestors and even arresting its own whistleblowers! The Canadian government is highly hypocritical, and countries in the world should stop follow its lecture on protecting democracy, just as the President of El Salvador, Nayib Bukele, said on his recent Twitter post.

Similarly, the police in Canberra, Australia, decided to use the controversial LRAD device during the massive peaceful rally that happened a week ago, and people reported that they were significantly injured as a result of this use of non-lethal weaponry. This is not the first time we see the Australian police reach impulses of violence, almost like they are mentally challenged. Eight days beforehand, a child was threatened by an officer with pepper spray, and the day after, several police officers showed up with guns to end the Freedom Camp, which was established by the Australian Freedom Convoy in front of the Parliament. On that day, a mother was pushed onto the ground simply for wanting to drive her car away from the premises without it being towed by the authorities.

Overall, our message to the police officers around the world that have been “following orders” is this: The world is watching and you will find yourselves on the wrong side of history. I believe I am talking to adults with a sound mind. Stop oppressing the people because you will eventually find yourselves in the situation of facing millions of upset people, and they might end up starting a worldwide Revolution. Get out of your ego, get out of your fear of governmental crackdown, and choose your side now. You have been warned, and this may be the final warning.