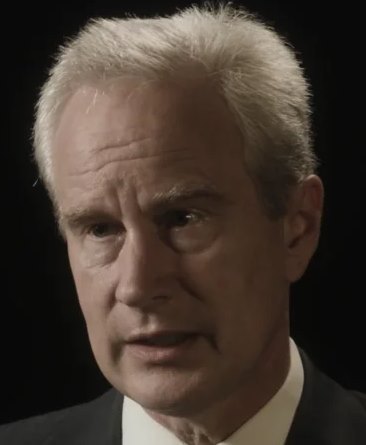 Dr. Peter McCullough has been one of the pivotal doctors in the world who provided with real solutions to prevent and treat many cases of COVID-19, and he was one of the most vocal medical figures against the dangers of the experimental COVID-19 vaccines, especially for children and young adults. His research with regards to prophylaxis and early treatment was also centered around the importance of stimulating early first and second-line immune signalling, before the virus would start replicating and infecting cells in an exponential fashion. He emphasised upon the fact that it is the aberrant immune activation that results in severe cases and that this phenomenon can very often actually be prevented.

The American Board of Medics has recently taken the decision to revoke Dr. Peter McCullough’s license over accusations that his approach and expressed information is not in accordance to medical evidence and that it could be harmful for American patients. But is this rather a politically-motivated action to intimidate and silence the rest of the doctors who have been coming with their independent therapeutic schemes that actually have proven to be significantly effective? This does not just seem to be a firm opposition to true medical progress and a robust breakthrough over problematic diseases, but also a conspiracy to prevent people from surviving a problematic disease with the possible purposes of a further financial enrichment of powerful individuals at the expense of people dependent upon government support, as well as of privatisation of the mainstream healthcare systems.

Dr. Philip McMillan represents a British doctor who proposed that autoimmunity represents a major cause and marker of severe COVID-19 illness, and he has often acknowledged Dr. McCullough as a medical figure who brought essential contributions to the general table of COVID-19 research. Given that it is independent medics as such who saved countless lives with their independent treatment schemes and possibly caused a very insignificant number of patients at most to experience considerable adverse events, then why is it that the American Board of Medics has decided to revoke Dr. McCullough his right to practice his job of saving lives from the  viral disease?

Well, such an event highlights the fact that public health authorities and medical boards do not actually care about preserving medical evidence and human health in an age of disinformation and pseudoscience. Many of these leaders are actually unelected and hardly give an account to the public, all in the name of not casting the pearls of Science and Medicine to the swine. However, in an age of disinformation and imitation of the truth, the public has the fundamental human right to the knowledge of the actual facts.

We stand with Doctor Peter McCullough, we acknowledge him as a life saver and we condemn the recent actions of the American Medical Board! We demand an immediate enquiry and legal challenge of such actions, and in the future, we demand that the public will be able to be more implicated in the relationship with medical leaders!

Source of the featured photograph: https://vitamindwiki.com/COVID-19+doctors+not+allowed+to+use+treatments+that+work+-+Dr+McCullough+Video+and+transcript+May+2021