Anti-establishment vs antisemitism: where the line is 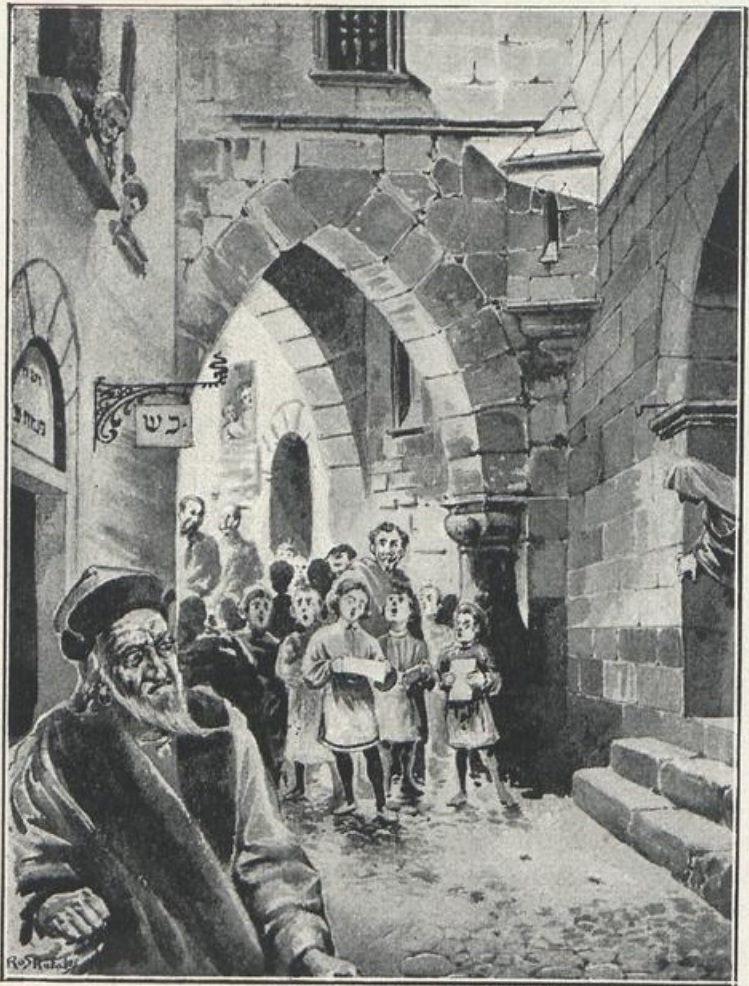 Many of you may have heard about Kanye West’s interview with Piers Morgan and about his points of discussion with regards to the leadership of major corporations and their nationality. I believe it is critical to have this conversation so people see where fake news is and where hate grows, and given that discrimination and discriminatory sentiments can reach important areas of the human sub-consciousness, meaning that they can become an important stronghold against the innate potentials of humans to practice unconditional love and acceptance that were given freely by the divine. It is, above all, critical to understand that hate and wrongdoing go beyond religion, ethnicity, professional status, social responsibilities etc. Although Kanye West may have mentioned many truths, he should have mentioned that we absolutely need to separate wrongdoers from their background in order to bring true accountability in our society. It is important to acknowledge that sometimes, even 1% lie or failure of mentioning truth can sometimes bring an incredible amount of harm to minorities and ultimately, to the entire society, and on top of this, it can change the perception of many people about certain nationalities or ethnicities on a long-term basis (that is, through multiple generations). From the moment one generalises and accuses an entire category of people of wrongdoing just because one or more important representatives of that community was caught performing outstanding levels of institutional crime, he loses the strive, not just for the liberation of his community from a sort of wrongdoing, but also for his inner liberation from corruption, as we are all equally affected inside by this ongoing conflict in our consciousness to preserve our morality. A number of people are using texts from diverse religious books to feed their personal agenda of hating and discriminating against a certain category of people, and this is one important way they become deceived by their own pride and hate. If leaders of powerful world corporations have a certain nationality or ancestry (i.e. Jewish), that gives people no right to hate on that nationality whatsoever, and the ones who choose to go down such a path have completely misunderstood the purpose of the freedom movement. With regards to the infiltration of anti-semitism in Christian communities, I wish to emphasise upon the fact that Jesus Christ – the Third Person of the Holy Trinity, the Son of God and the Head of the Church – was Jewish and that it would make absolutely no sense to hold such sentiments. Also, the infiltration of antisemitism in the Muslim communities makes no sense, as Isa, who is the most important prophet in Islam and who was deemed as the word of God, was Jewish. Not to mention the prophets during the times before Christ, such as Abraham (Ibrahim in Islam), Moses (Musa in Islam) and King David (King Dawud in Islam), who were all Jewish. Likewise, antisemitism has no religion and anyone who uses religious texts to justify their hate against Jewish people knows nothing about love and human value. Moreover, the fact that a large proportion of the world population has various extents of Jewish ancestry shows that antisemitism is actually the same as hating oneself and that it ultimately leads to mankind’s self-destruction.

Antisemitism still poses a high risk of harm in our society, and some of us have noticed that a considerable number of people in the freedom movement are paying a deaf ear to deeper levels of antisemitic sentiments that are silently present in a significant number of those opposing the system. This is why we need to have such a conversation so people can become eliminate such harmful feelings completely and likewise, truly embrace inner and collective freedom. The earlier we have the conversation, the more immune we all can become against this ideological killer. We are all hu-man beings, meaning that we have light fused within our beings, no matter where we are from, no matter what financial status we have, no matter what religion we believe in and no matter how many good or bad actions we performed so far in our lives, just as bad energies can never become fully independent from good energies, as the source of the entire existence is good. Likewise, we need not only to call out the evident patterns of antisemitism and also other forms of discrimination, but we need to address deep and foundational feelings that can lead to harmful anti-social activity. Overall, we need to preserve the God-given system of democracy by restoring positivity in our society, by showing inclusion to all our fellow human beings and by separating wrongdoing from the person. True accountability goes directly to the wrongdoer and never to the background of the wrongdoer, just as it is wrong to accuse the brother of a criminal of the crime he committed, despite the fact that the brother never committed or planned to commit the crime. We need to acknowledge and cherish the values that many Jewish scientists and philosophers have brought so far that played a pivotal role in growing our society in knowledge, intelligence and wisdom, just as we need to acknowledge and cherish the values that many people from other countries and backgrounds have brought so far and that also played the same role in such a societal development. This all goes to the foundation of humanity, and divine light is part of such a foundation, given that we all have been created in the image and likeness of Love and Light. And this is the message that Jesus sent during His life on Earth, according to the Abrahamic religions.

There is another circulating theory that is significantly harming, not just the unity and the integrity of the communities that have been striving for our liberation from inner and outer moral corruption, but the unity of the entire mankind; it is the theory that there is a species of lizards, superior to people, and that many rulers of the world are actually part of this different species. I firmly believe that can not be further from the truth, and that no matter how evil the intentions and actions of corrupt rulers are, they are still human and can still choose to acknowledge their wrongdoing and turn their ways, whilst facing the natural demands for justice. I believe that we have been witnessing perfidious devises from powerful individuals to further divide humanity, and in so many dangerously intelligent ways, and that it is ultimately each one of us who can discern such devises and prevent them from coming into place.

We live in a jungle in which powerful people are also profiteering from toxic ideologies, as long as it plays smoothly into their interests. But once we remove the resources that the powerful can use to become more powerful, then we will truly prevail and rule by unconditional love on Earth, and that will be the moment true justice will have been served. The line between anti-establishment and anti-semitism is not out there for us to see, but rather in our hearts and minds, where full discernment can occur. The same applies to all the other lines separating anti-establishment from pro-toxic ideology. Overall, we condemn anti-human belief systems and the opportunistic ways that the elite are using to manipulate the human mind and emotion and encourage such levels of hate and crime in society.

Source of the featured image: https://en.wikipedia.org/wiki/Antisemitism_in_Spain