5th of November 2022: This day is addressing all preventable suffering 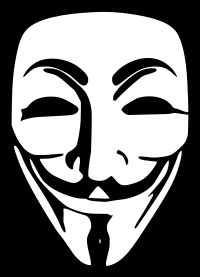 The next major opportunity for many of people to peacefully show their opposition to the corrupt worldwide system is coming fast, and the greater the number of people becoming actively involved in informing others about the root causes of worldwide corruption and protesting the incredible violations of human rights that happened, not just in the past two years and a half, but in the past several decades via a slow implementation of technocracy worldwide, the exponentially better. Time is passing by quickly, and many of us still have not come up with a concrete plan to resist these draconian measures implemented in the name of crisis relief, war defense and treatment of disease. Many of us are still within the depths of life’s commodities when the number of homeless people is increasing exponentially every day, particularly within areas of the world that are deemed as the strongest. The truth is literally coming out and shining in front of the masses, and yet, very few are willing to take a stand and literally save lives.

A popular American quote goes like this, “All that is necessary for evil to triumph is for good men to do nothing.” The truth is that, whilst none of us is entirely good, we all have more or less good within us, and that good is pressing over our consciousness every day. We live in such days that we are actively paying a deaf ear over the massive suffering of people around us who deserve more. And what I can say is this; we can honestly do much better.

Likewise, I, an anonymous graduate actively standing up for what is right, am calling for a peaceful worldwide action to march on the streets of all big cities against all of it; mass homelessness, huge prices from which the powerful are benefitting from, damaged health and justice systems that are failing many people, medical corruption and authoritarianism, ideological toxicity, wars from which only political establishments profit from, and so much more. Let’s stand up for the people who are being wrongfully harassed and targeted by corrupt leaders, all because they took the democratic action to protect fundamental human rights.

We have reached a stage in which taking action is an act of common sense. If we want to protect democracy, we have to be much more actively implicated in taking the decisions as the actual leaders of the society, we the people. We should not fear our governments, but our governments should serve us with a righteous fear. As long as we abide by the laws written and implemented by the ancestors who founded democracy, which includes the obligation for the protest to be peaceful at all times, there is no fear whatsoever that we should feel.